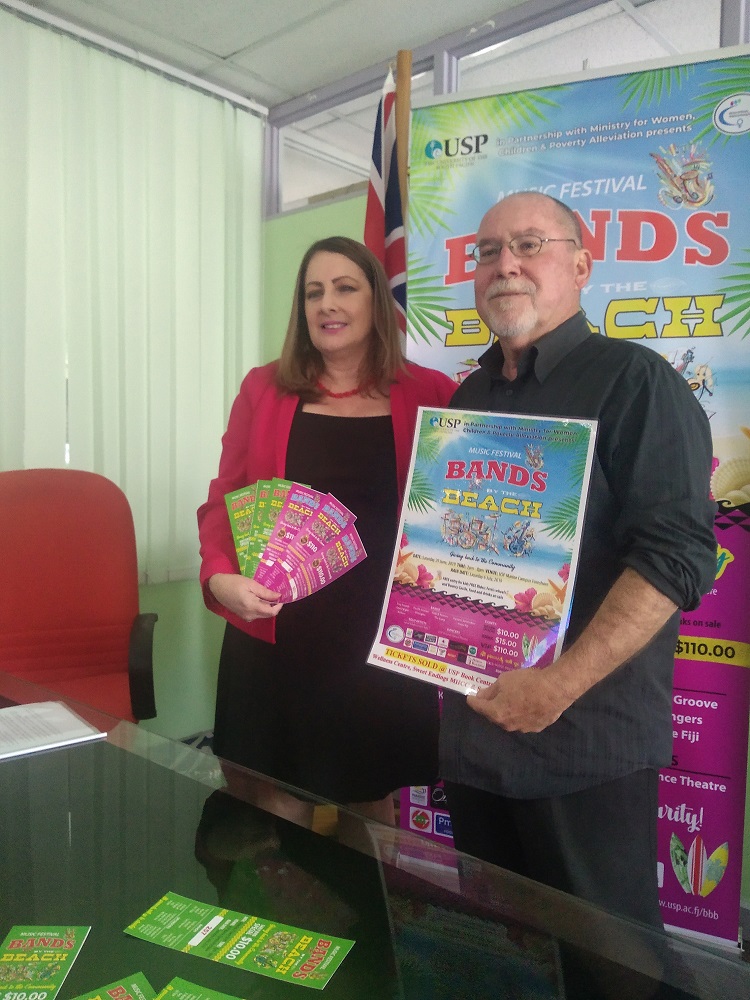 THE University of the South Pacific in partnership with the Ministry of Women, Children and Poverty today launched the Band by the Beach Music Festival.

USP group manager for Campus Life Glenn Pope said this was an initiative set up to give back to the community.

He said the event would be held on June 29 at the USP Marine Campus Foreshore.

“Giving back gives us a feeling of satisfaction and most appropriately, defines a proactive measure to ignite change and making a positive impact in the community by providing people with a renewed sense of hope,” Ms Poole said.

She said proceeds from this charity event would be distributed equally to children’s homes in Fiji.