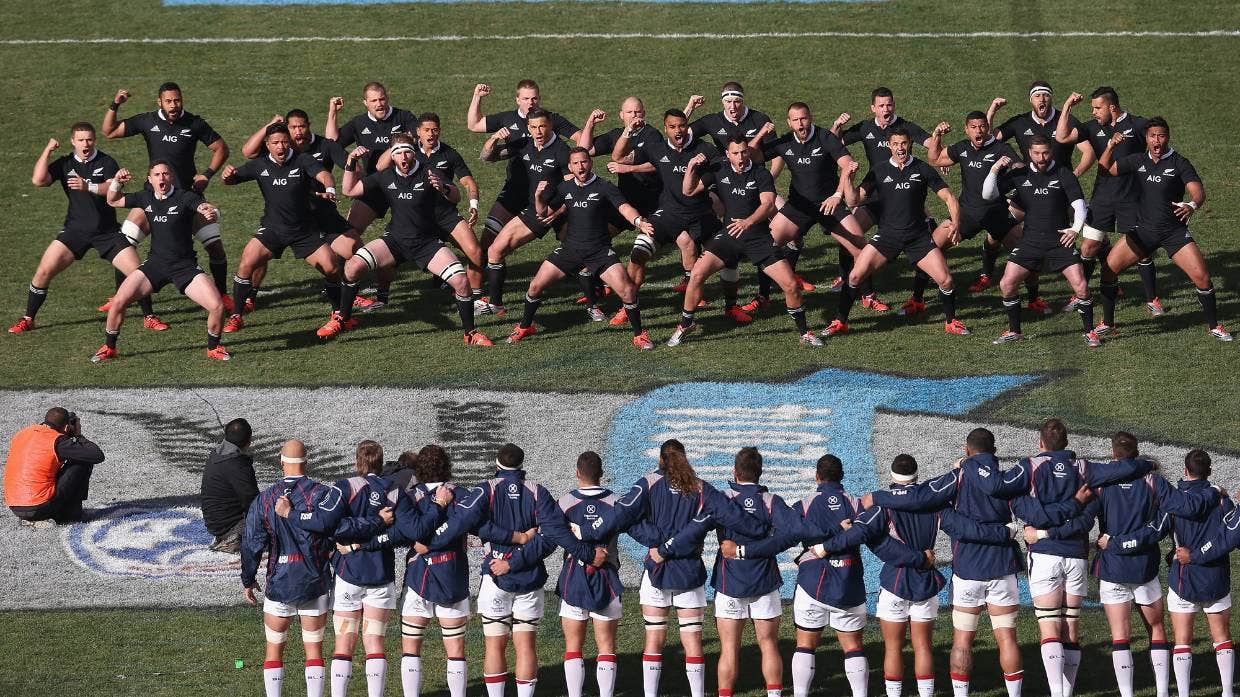 The All Blacks last played the Eagles in the US in 2014. JONATHAN DANIEL/GETTY IMAGES

American rugby proponents look to the past when they consider their future, and inevitably, their gaze turns to 1994.

The United States that summer hosted the men’s football World Cup, an event that helped launch Major League Soccer, led to the construction of soccer-specific stadiums around the country and exposed the sport to millions of adults and children, some of whom developed into national team stars.

A quarter-century later, football has become the fourth-most popular sport to watch in the United States, narrowly trailing baseball, according to Gallup research. MLS club valuations have soared, and both MLS and the National Women’s Soccer League continue to expand.

Rugby executives and advocates are drawing up a similar blueprint, hoping to lure a pair of future World Cups to help bolster the country’s fledgling pro league and expose more Americans to a sport that has been a niche passion for some and an esoteric spectacle to others.

Their plan hinges on providing sustained exposure, which is what makes Saturday’s (Sunday NZ time) exhibition match between the U.S. and New Zealand men’s national teams at FedEx Field so important.

“I think the only way we’re really going to compete from a long-term perspective is having more regular games against the bigger boys,” said Ross Young, CEO of USA Rugby, the sport’s national governing body. “All Blacks are the biggest brand in rugby; it’s like watching Brazil in soccer. Hopefully this helps us raise the profile and opens the doors for more people to then come and play the game.”

Saturday’s exhibition outside Washington is the first in what is meant to be a series of matches that help build American interest in the sport by attracting top teams to play stateside. Organisers hope the event, named the 1874 Cup to acknowledge the year the first recorded rugby match was played in the United States, can generate momentum as the United States vies to host the men’s rugby World Cup in either 2027 or 2031 and the women’s event in 2029.

“We believe the 1874 Cup is an affirmation of rugby’s growth potential in the United States and will create a rugby tradition in our nation’s capital,” said Ralph Morton, an executive with Events DC, which partnered with USA Rugby to stage the event. “The sport is rapidly growing in and around D.C.”

New Zealand will be playing in the United States for the first time since November 2016, when Ireland stunned the All Blacks at Soldier Field in Chicago, derailing their historic 18-match winning streak. Two years prior, New Zealand thrashed the United States, 74-6, in front of a crowd of 61,500 at the same venue.

Such occasions – pitting a mighty New Zealand side that rarely slips from the top spot of the world rankings but is currently ranked second against the 17th-ranked U.S. team, which is clawing to qualify for the 2023 World Cup in France – seldom occur.

The world’s top teams have pre-existing arrangements to play each other, as the All Blacks do annually with Argentina, Australia, top-ranked South Africa and several European sides. Those competitions, plus the obligations that call top players back to their professional teams, leave nascent rugby nations such as the United States with little opportunity to schedule consistent, elite competition to further develop national team players and help attract would-be fans.

The schedule “gets very clogged,” Young said. “Without the opportunity to make money with those bigger games, it leaves us floundering.”

Less revenue makes it difficult to support and grow the men’s and women’s game from the national team down to the youth levels of the sport, which is why rugby executives and organisers are trying to create more events such as Saturday’s match, or the sellout affair in 2014.

If these events continue to illustrate the potential of America’s vast, latent rugby market, the thinking goes, it will help organisers sell the country’s attractiveness to World Rugby, which is keen to select a promising, less-established rugby nation when it announces its next group of World Cup host countries next year. If the United States can land the women’s event in 2029 and, ideally, the men’s event in 2031, that would give its four-year-old pro league, Major League Rugby, ample time to develop. Come 2029, the United States could begin to capitalise on that growth, using two global events to promote the league and further grow the sport.

“MLR will be 14 years old in 2031,” Killebrew said of the league, which has 12 teams playing in cities from New York to Tukwila, Wash. “We’re doing our part at the professional level to go where the people are. Now, as the covid hangover lifts and we’re allowed to fill our stadiums, that’s what we have to concentrate on, and that [MLR is] the pathway for young American players that are going to be [on the national team].”

MLR, which began play with seven teams in 2018, will add a 13th in Dallas next year and potentially another by 2023. The league’s 2021 final was broadcast on CBS in August, and MLR teams have invested in increasing participation in their communities. USA Rugby membership peaked at 125,565 in 2017, although those numbers slipped just before the coronavirus pandemic. And Young said 36 U.S. cities expressed interest in hosting World Cup games.

Killebrew and other rugby disciples are bullish on rugby’s growth despite increased concerns about concussions and brain injuries in sports in recent years. They emphasise the sport’s focus on tackling technique, which discourages players from using their heads to launch into ball carriers. Still, rugby has faced its own reckoning over brain injuries.

“In any contact sport, injuries, concussions are at the forefront,” Killebrew said. “What we’ve done and what we talk about, and not in a disrespectful way to football, but, the tackling techniques in rugby teach you to take your head and neck out of the tackle. That’s why we’re able to play without helmets and pads.”

Those concerns have not deterred World Rugby from exploring new ways to grow the sport.

New Zealand Rugby CEO Mark Robinson said he has had frequent conversations with the organisational about creating space for elite teams to play less-competitive opponents more often as a way to better promote the sport in those countries. He said he wants to see the All Blacks engage with the United States more regularly, and to explore ways that their visits can make a more tangible impact on the game’s growth.

“There are so many things that are part of growing sports in countries that aren’t maybe so well versed in it,” he said. “World Rugby is putting a lot of thought into how we can develop a global calendar and competitions which provide emerging nations the opportunity to play more regularly against high levels of competition, and I think there’s a broad level of support for that around the world at the moment.”