US warns on China’s debt-trap diplomacy 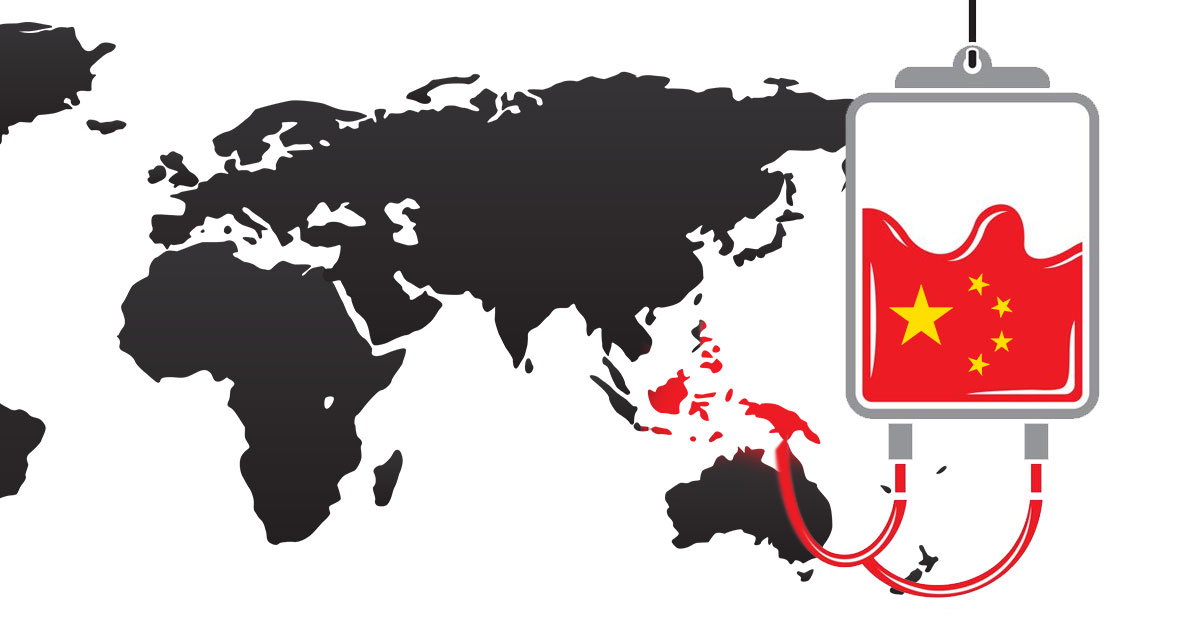 The United States, Australia, France and Britain will open new embassies in the Pacific, boost staffing levels, and engage with leaders of island nations more often in a bid to counter China's rising influence in the region, sources have told Reuters. Picture: Diplomacy24.com

CANBERRA, 05 OCTOBER 2018 (THE AUSTRALIAN) – China is looking to project military power into the South Pacific by using debt-trap diplomacy to establish “dual-use’’ facilities, such as commercial ports, which could ultimately be converted to military bases, one of the Trump administration’s top envoys to Asia has warned.

Speaking just days after a confrontation between a Chinese and US warship in the South China Sea, Deputy Assistant Secretary for Defence for South and Southeast, Joseph Felter, spoke of disturbing “trend lines” in the South China Sea and the Pacific, now considered by Australian security analysts to be the main theatre for strategic competition between Beijing and Australia.

Dr Felter, who was in Australia to be briefed on the US marine deployment to Darwin, said there were signs Beijing had overplayed its hand, with more countries wary of taking on Chinese debt.

In the South Pacific, Dr Felter said, there were signs Beijing was seeking some kind of military foothold, an existential fear of the Australian military, which worries that Chinese commercial investment in the region disguises long-term strategic ambitions.

“It would not be inconsistent with its activities across the region for them to want to have similar capabilities and presence in the Pacific,” he said.

“(So) yes, I think it’s consistent with their behaviour across the region and we should be very wary of … some of the Chinese investment activities where they may establish some dual-use ports and other facilities that could at some point serve ultimately as some kind of base.”

Dr Felter arrived in Australia from Papua New Guinea, where he held talks with senior officers in the PNG Defence Force centred on increasing the US military presence in the country to boost security in Asia-Pacific waters.

The US plans to build an administration office in PNG by 2020 and will create more opportunities for PNG officers by sending them to military schools in the U.S.

Dr Felter said despite being challenged by Beijing’s warships, Washington would continue to defy China’s territorial claims in the region for as long as they were deemed illegal under international law.

“The Chinese may push as far as they can but this is a case where we’re not going to back down from exercising our rights under international law,” Dr Felter told The Australian.

His remarks came four days after a dangerous confrontation between a US guided-missile ­destroyer, the USS Decatur, and a Chinese Luyang-class warship off the Spratly Islands, one of a handful of island chains that Beijing claims as its own.

The US Navy said the Chinese destroyer came within about 40m of the USS Decatur, forcing the captain to take evasive action to avoid a collision. US Defence Secretary Jim Mattis cancelled a planned trip to China in response to the incident.

The action was seen as being part of an ­increasingly assertive pattern of behaviour from Beijing, which claims territorial sovereignty over the Spratly and Paracel islands.

Those claims were the subject of a 2016 ruling by the Permanent Court of Arbitration, which found China had no lawful sovereignty.

Dr Felter said while Washington understood the reluctance of some countries to engage in ­freedom-of-navigation exercises in the region — usually defined as sailing within 12 nautical miles of disputed territories — he hoped other countries would follow the US lead.

Dr Felter said based on its behaviour so far, China’s end-game was to expand its influence or even “dominate’’ the South China Sea. “That’s the concern,’’ he said. “But I think if the international community acts together and does not recognise these illegal claims, then they’re not going to be able to ­enforce them.’’

Dr Felter said China had been “very effective’’ in leveraging its ­bilateral relations with countries as a means of deepening its influence, but was less successful in multilateral forums.

“If the countries in the region, such as ASEAN and other countries, act together to enforce international law, to exercise their rights under international law, I don’t think the Chinese are going to be able to advance their interests in the way they might want to,’’ he said.

There was concern in Washington about Beijing’s use of debt-for-equity diplomacy — loans to developing countries that involve equity swaps in the case of default.

However, he said there were signs governments in the region were alive to the perils of accepting Chinese money, having learnt from the example set in places such as Sri Lanka, where the ­government was forced to hand over control of the strategically positioned Hambantota Port after the government defaulted on its payments.