US musicians to thank Fijians in rock concert 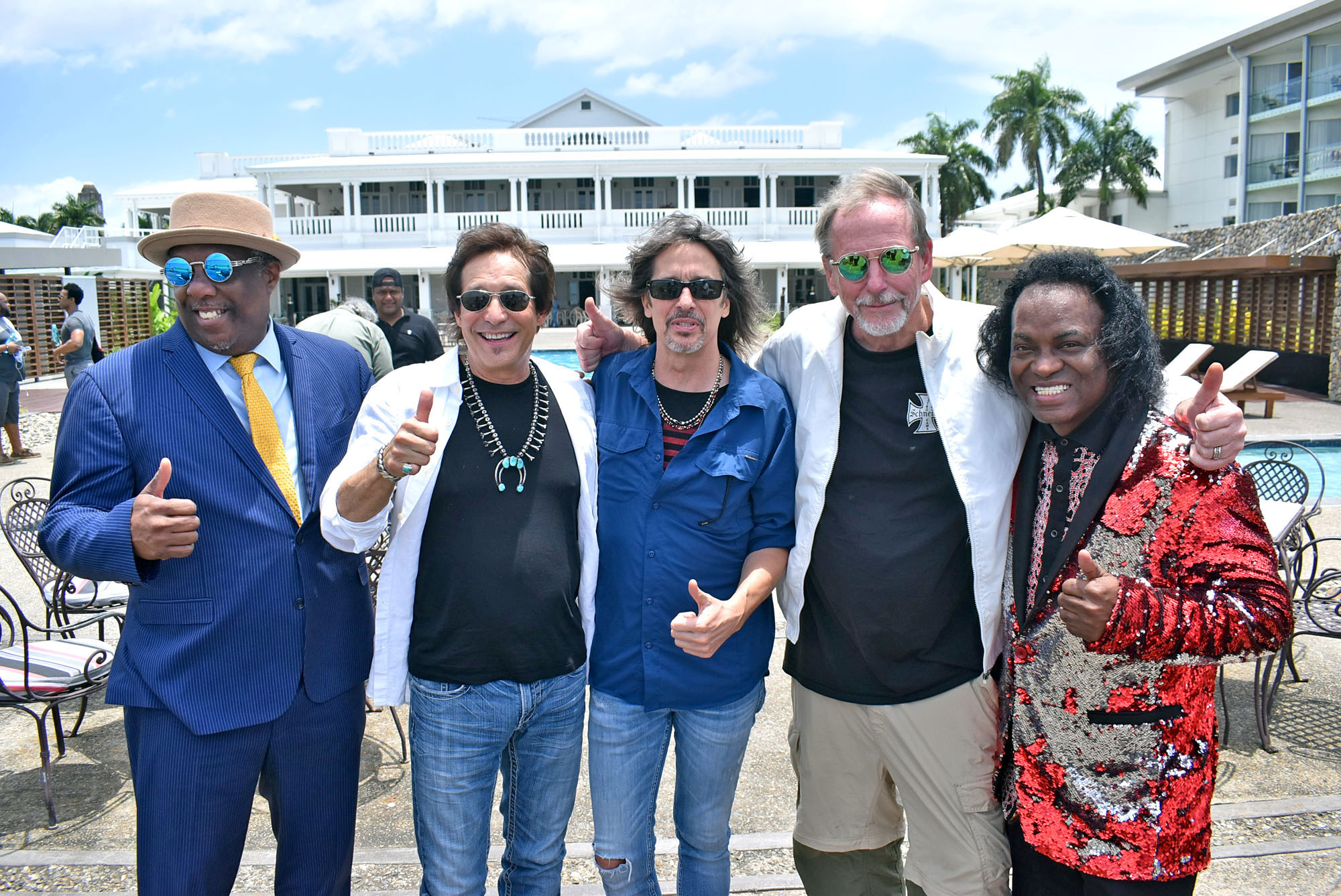 Members of the US Rock and Roll group from left, Richard Water, Jay Schellen, Kelly Hansen, Bob Bishop and Tony Wilson after a press conference at the Grand Pacific Hotel in Suva on Thursday, December 12, 2019. Picture: JONACANI LALAKOBAU

A NUMBER of  musicians from the U.S. will this weekend put on a full-on rock show as a thank-you to the Fijian people at Albert Park.

Founder of Yaqara Waters, Bob Bishop said this was a way to thank all the Fijian people for their hospitable nature.

“This is going to showcase the history of local music and it’s going to start with Robert Johnson in the 80’s and we’re also going to run the program with video imagery from those eras’,” he said.

“We have some of the best in the world performing from different era’s and we’re also going to feature local musicians.”

Mr Bishop said this concert was set-up to say thank you to all the Fijian People.