US mission in Fiji confirms inquiry into American couple’s death 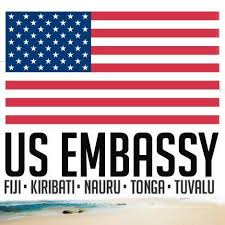 THE United States Embassy has confirmed its involvement in the inquiry of a US couple’s death on holiday in Fiji last week.

In a statement, the Embassy confirmed they were working closely with local authorities to determine the cause of the couple’s sudden death.

“For more than a week, the U.S. Embassy has been closely working with the Fiji government, police, and health officials in their investigation into the tragic deaths of two U.S citizens while on holiday in Fiji,” the statement said.

A post mortem examination on the couple was completed last week.