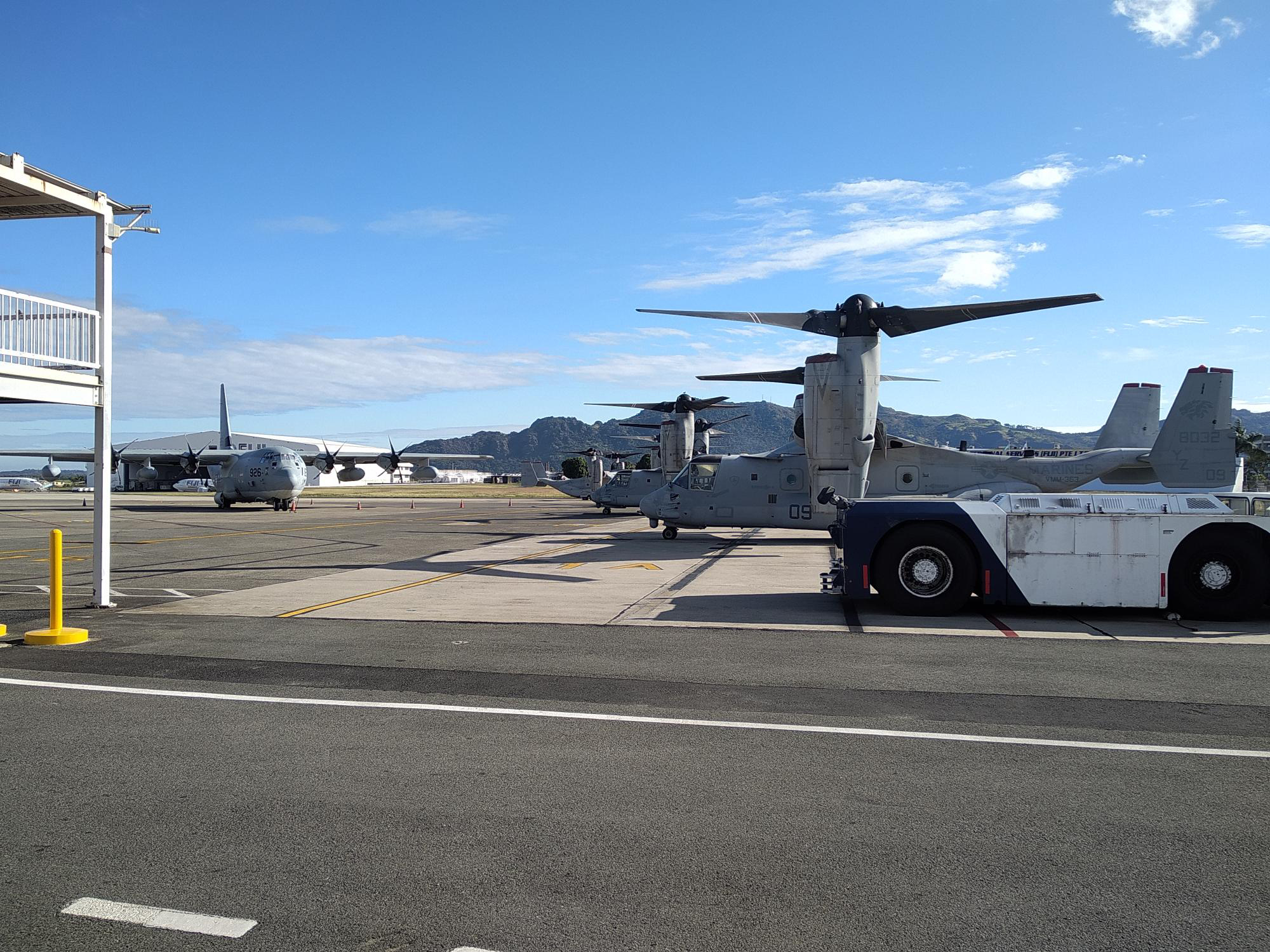 While Hercules have visited Fiji before, the arrival of the Ospreys are believed to be a first.

The unusual troop and cargo carriers drew a lot of attention from curious onlookers.

A US Embassy personnel clarified the aircraft were just in transit to Australia and were not part of any operation in the Pacific.

“I am sorry but I don’t have any further details,” she said.

The six military planed flew out this morning.