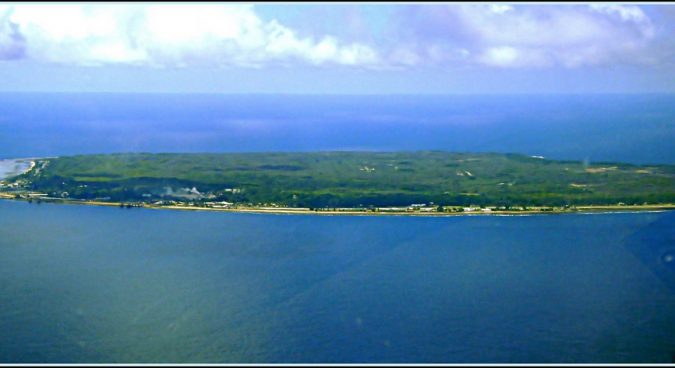 According to a fact sheet released by the State Department coinciding with the ongoing Pacific Island Forum (PIF), the U.S. is helping countries in the region fulfill their maritime sanctions obligations.

“To help Pacific Island leaders meet the commitments they made at the PIF in 2017, we are supporting regional capacity building for Pacific shipping registries, in partnership with Australia, New Zealand, and the PIF Secretariat,” the statement reads.

“The first workshop held July 2-3 in Suva, Fiji, focused on performing due diligence to ensure vessels registered or applying for registry do not have any links to the DPRK.”

North Korea often attempts to distance itself from vessels and companies which trade on its behalf, registering ships in different jurisdictions while continually changing their names and operators.

Some countries allow ships owned by foreign companies and individuals to purchase their flags, a practice in the maritime industry known as using as a flag of convenience.

While not illegal, the practice can it make challenging to unearth Pyongyang’s involvement with certain ships and the companies behind them, giving its vessels access to ports they would otherwise be barred from.

A previous report from NK Pro, for example, highlighted how North Korea appeared to be using seemingly fake registrations in Fiji for its vessels in 2016.

The Fijian registrations could even be checked on a website which the country’s Maritime Safety Authority of Fiji (MSAF) said had nothing to do with the official registry.

Other countries in the region like Palau still appear to have DPRK associated vessels on their books, and a recent UN Panel of Experts report showed ships registered in the region were involved in smuggling North Korean coal, in breach of UN resolutions.

But Washington said its support had already led to “increased information sharing amongst the Pacific Islands” with a follow-up conference scheduled for November to “build technical capacity in this area and address key shipping security issues.”