US: Do not misuse laws 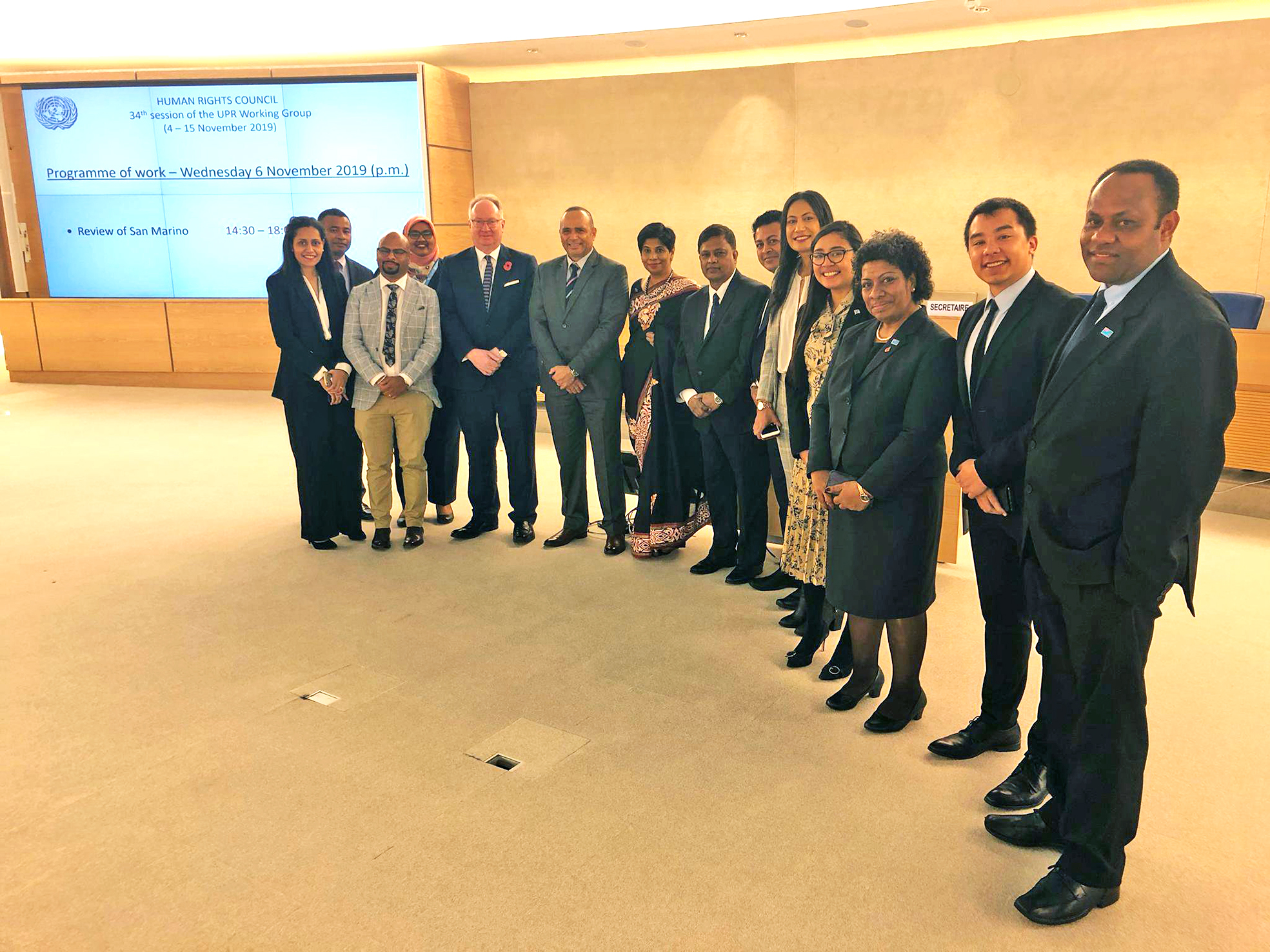 The Fiji delegates to the 34th Session of the Universal Periodic Review. Picture: Supplied

THE US has urged Fiji not to misuse laws to suppress the media, civil society and opposition politicians.

This was one of the recommendations by the US to the Fijian delegation at the Universal Periodic Review in Geneva.

“Safeguard freedom of expression by ensuring that criminal and speech related legislation are not misused to suppress the media, civil society and opposition politicians who have criticisms of the government,” said Anna Palladino, the US representative at the hearing.

“Uphold freedom of assembly by ensuring criminal statutes such as section 15 of the Public Order Act are not used to curtail workers’ rights to form and join trade unions and to assemble.

“Take measures to protect lawful protests and to safeguard activists and human right defenders’ right to speak and to assemble freely without harassment.”