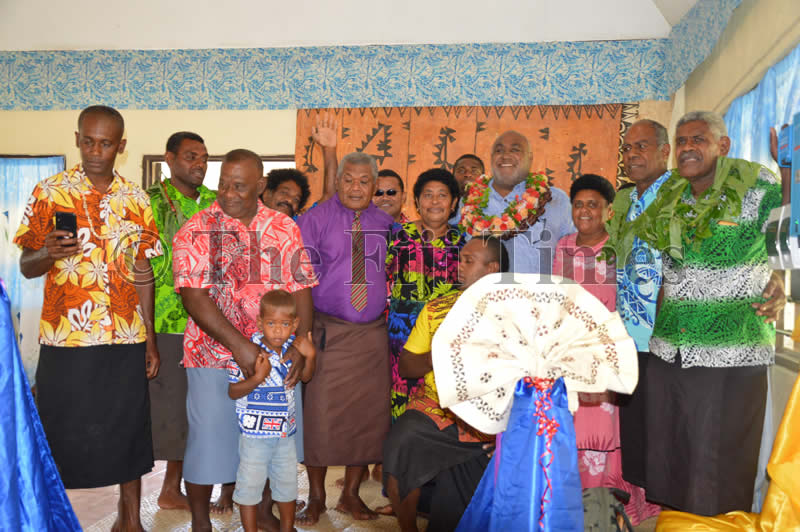 Minister for Fisheries Semi Koroilavesau (with garland) with Teci villagers on Yasawa-i-Rara after handing over the village’s solar freezer. He also had a talanoa session with villagers. Picture LUKE RAWALAI

With a population of 56, villagers of Teci on Yasawa-i- Rara are feeling the impact of urban drift.

Village headman Sione Rebakula said: “Last year we had four families move out solely because they want better education standards for their children.

“With the COVID-19 pandemic, we have had some villagers return to the island, but they would not be here permanently.”

District representative Senirusi Sevutia said the movement of people to urban centres in search of better opportunities was a worrying trend.

He said on the village of Teci alone, almost 20 per cent of villages had moved to urban areas mostly to Lautoka in search of better education for children and easy access to Government services.

“In most villages on the island, we have the older generation and the very young ones while majority of the working class are out in urban areas.

“Even though the number of movements is not really high in comparison to other localities in Fiji, but continued move will affect the development plans in our villages because of our numbers.”

He added that another reason islanders were leaving was because the island was always prone to cyclones.