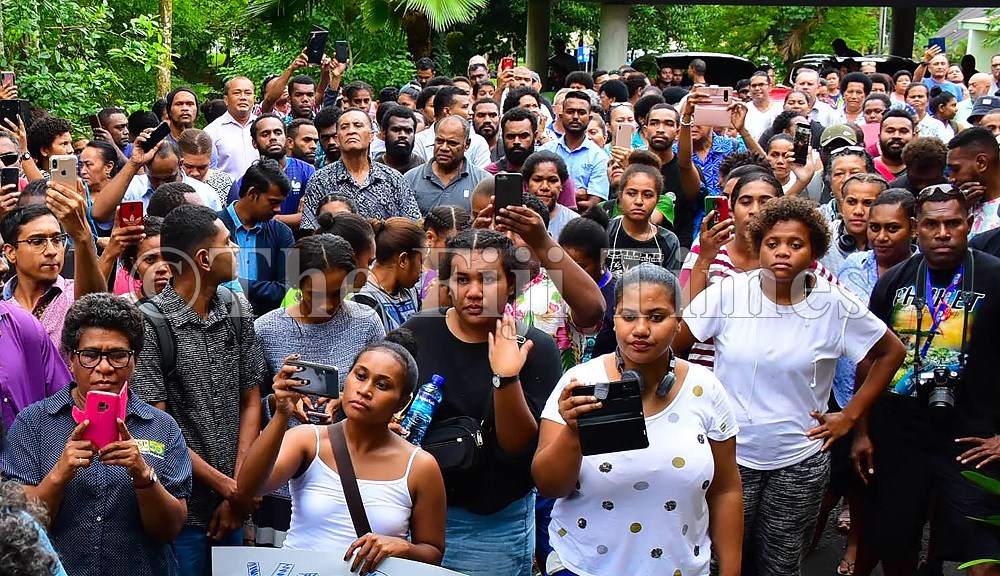 University of the South Pacific’s general secretary for the staff unit, Ilima Finiasi said they were happy with the USP Council’s decision to reinstate Prof Pal Ahluwalia as vice-chancellor and president.

However, he said, they would rely on the council to follow through with how the BDO report would be handled.

“I think everyone was pretty happy that the council has decided that Prof Pal to return to office,” he said.

Mr Finiasi said it was “rather disappointing” to see how Prof Ahluwalia was treated, compared with those who were implicated in the BDO report.

“That was really unfair, in terms of the events which began last week, when everyone was made aware of the accusations against Prof Pal and, at the same time, his suspension — we can really see the unfairness on how this whole thing turned out.

“But as I said, we have full confidence in our council so we will let the council decide and there will be more work for them to sort through and we are happily waiting for that to come through.”

He said following the release of the BDO report, the union had requested those who were named in it to “do the right thing”.

“I think the union, from the start of this whole thing, requested that anyone who has been implicated, they should be allowed to step down, pending investigations, but that did not happen.

“We respect the work of the council, we have full confidence in our leaders of the region and that is already before the council.