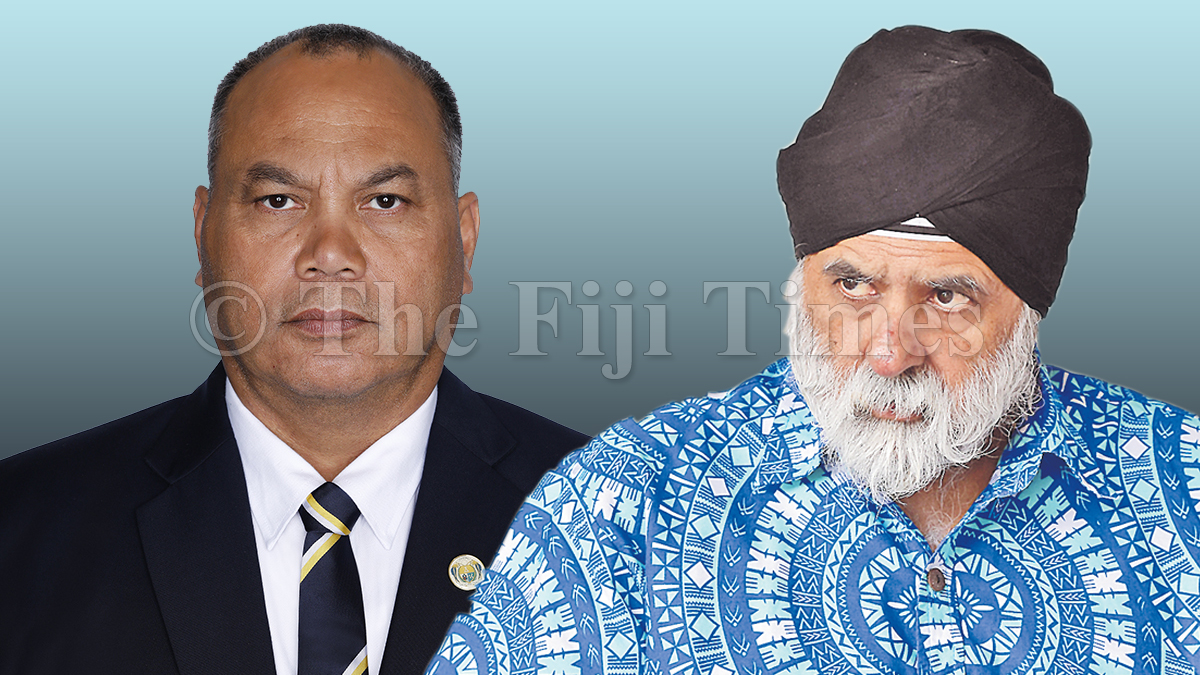 USP chancellor and president of Nauru Lionel Aingimea (left) says the reappointment by USP's Council of Professor Pal Ahluwalia as vice-chancellor to be based in Samoa is not illegal. Picture: FT ONLINE

University of the South Pacific chancellor and president of Nauru Lionel Aingimea says the reappointment by USP’s Council of Professor Pal Ahluwalia as vice-chancellor to be based in Samoa is not illegal, as claimed by Fiji’s Attorney-General Aiyaz Sayed-Khaiyum in Parliament last Friday.

“I don’t see how it can be illegal,” Mr Aingimea said.

“I am also a lawyer and I’ve also read the USP charter and statutes and the council has the authority in making appointments.

“There’s nothing in the statutes or the charter to suggest we have broken any rule by reappointing the vice-chancellor or issue him with a new contract.”

Mr Aingimea also said the council had offered Prof Ahluwalia a new contract which it was entitled to do as the employer.

He said there was a precedent – former VC Rajesh Chandra’s contract was renewed by the council without advertising the position.

He agreed it was Fiji’s decision when it came to terminating work visas, however, Mr Aingimea said the issue of contract termination lay with the council as the VC’s employer.

He said the USP staff and students’ bodies had already issued a news release quoting sections of the USP charter and statutes supporting the council’s decision which was not illegal.

He also said that “USP’s charter, statutes and ordinances do not make reference that the VC must be located at the Laucala campus in Suva”.

During debate on USP’s 2018 annual report in Parliament last Friday, Mr Sayed-Khaiyum said the contract of all vice-chancellors in Fiji was based on them being appointed at the Laucala Bay campus.

He said this was why it was stipulated in the charter that Laucala Bay campus was the main campus.

“What it would be really interesting is now his illegal appointment of Pal Ahluwalia and I will tell you why this is illegal because the charter and the regulations of USP is quite specific,” the A-G said.

The AG said ” …the regulations in the charter et cetera says that there is a particular process through which you appoint the vice-chancellor, and the process is you actually advertise, you go through a selection panel and then you appoint.”

He said, “It may have been that he could have been reappointed if they went through the process. Fiji has no objection to that. However, the council short-circuited it.”