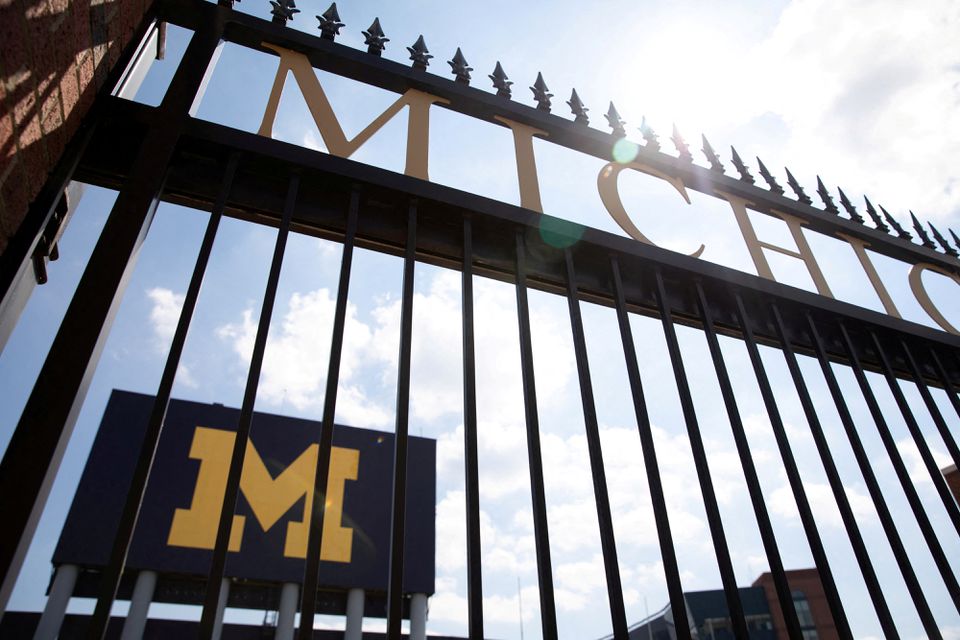 An entrance to Michigan Stadium is seen on the University of Michigan campus in Ann Arbor, Michigan, U.S. August 10, 2020. REUTERS/Emily Elconin/File Photo

Jan 19 (Reuters) – The University of Michigan said it would pay $490 million to 1,050 people to resolve claims of sexual assault against a former sports doctor, in a settlement spanning decades and involving mostly male athletes as victims.

The university said the deal, the culmination of two years of negotiations with attorneys for the victims, would settle all claims of abuse by the late Dr. Robert Anderson, pending approval by the school’s Board of Regents and the courts.

“We hope this settlement will begin the healing process for survivors,” Jordan Acker, chair of the Board of Regents, said in a statement.

Under the agreement, $460 million will be paid to the 1,050 claimants, and $30 million placed in reserve for any unidentified victims who come forward by July 31, 2023.

Anderson, who was a physician for the football team and other athletic programs at the university, where he worked from 1966 until his retirement in 2003, died in 2008.

The sexual abuse settlement is the latest involving a prestigious U.S. academic institution.

Last March, the University of Southern California agreed to pay $852 million to resolve lawsuits brought by 710 women who accused George Tyndall, an ex-gynecologist, of abusing them and the school of trying to cover it up. read more

That followed a 2018 settlement in which Michigan State University agreed to pay $500 million to hundreds of women sexually abused by disgraced gymnastics doctor Larry Nassar.

Parker Stinar, a lawyer representing some 200 claimants in the University of Michigan settlement, said the $490 million payout was the largest involving a U.S. academic institution, a single abuser and mostly male victims.

Stinar said he hoped the case would help bring awareness of male survivors of sexual abuse, who are often viewed less sympathetically by society and can be reluctant to come forward.

Many of the allegations against Anderson involved unnecessary rectal and testicular exams. He said the vast majority of victims were male athletes, including members of the football team who went on to play professionally.