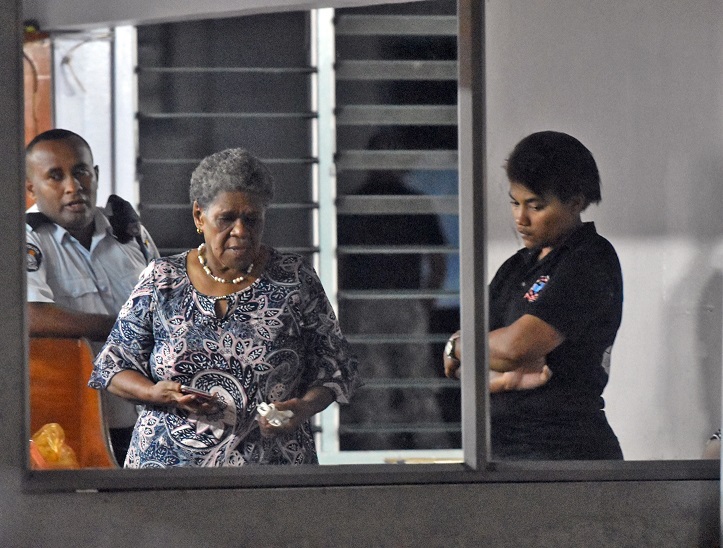 FTUC lawyer Latileta Gaga, who was present at the Totogo Police Station last night, confirmed that Ms Matiavi was detained by police because of the comments she made over the media concerning the FTUC national day of protest which is scheduled for this Friday.

“All I can tell you is that she has been detained and questioned by police.

“She is very well taken care of, but we hope that come tomorrow (today) she will be released,” she said.

“She is in good spirit and she is fighting on and she has our support. We hope that this would just vanish in thin air as far as we are concerned.”

Meanwhile, when this newspaper contacted Mr Lingam about 6pm yesterday, he said he was being detained because of his association with the terminated workers of Water Authority of Fiji.

He said police told him he would be detained overnight because he “might turn the water off”.

Police acting chief of intelligence and investigation Assistant Commissioner of Police Bitukula Waqanui confirmed both trade unionists were being detained for “alleged breaches of the law”.

“That is why he is being questioned,” he said.