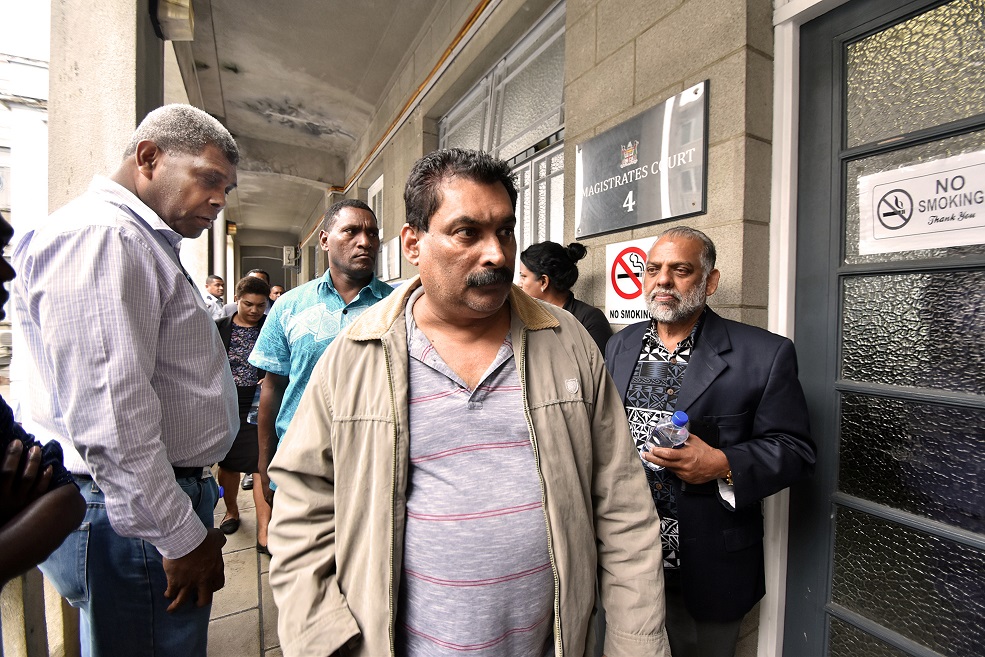 Fiji Trade Union Congress General Secretary Felix Anthony outside the magistrates court after he was charged for breach of public order act and produced in court yasterday. Picture: RAMA

Mr Anthony was alleged to have knowingly spread abroad by word of mouth, to The Fiji Times journalist Felix Chaudhary, false news relating to the expiry of Water Authority of Fiji’s workers’ contracts, false news which tended to create or foster public anxiety.

The alleged act happened on April 26.

State lawyer Rajneel Kumar served first phase disclosures in court yesterday and informed the court that Mr Anthony was a first offender and the State would not be objecting to bail and sought time to file full phase disclosures.

Defence lawyer Filimoni Vosarogo made an application for bail in court.

The court heard that Mr Anthony possessed a Fijian passport and no dual citizenship when questioned by Ms George.

The matter has been adjourned to August 15.

A statement from the Office of the Director of Public Prosecutions (ODPP) yesterday revealed that Mr Anthony was alleged to have breached Section 15 of the Public Order Act 1969.

Under the Act, if convicted, a person is liable for a fine not exceeding $5000 or a term of imprisonment not exceeding three years, or both.

Advisory: Unplanned water disruption for Nasinu and parts of Suva