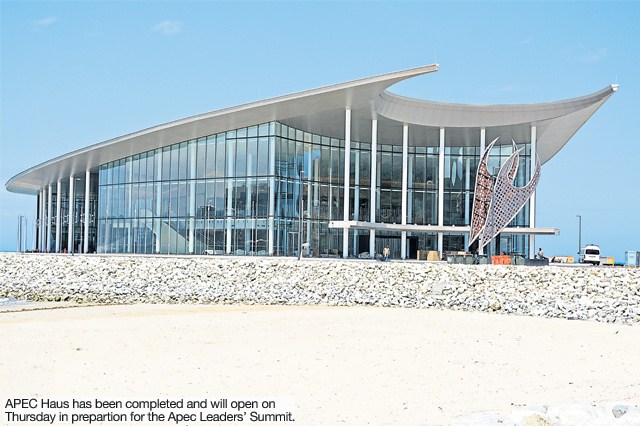 PORT MORESBY, 30 OCTOBER 2018 (POST COURIER) – Spending by a majority of APEC member delegates in the country will come from China’s Union Pay card scheme, one of the largest in the world.

In response to the needs of Asian delegates, their finances will now be captured and facilitated through the country’s largest bank, Bank South Pacific.

“We are also rolling out Union Pay, we are familiar with a number of scheme cards such as Visa Card and Master Card. Union Pay is predominantly a Chinese bank scheme card.

“As you can appreciate there is 1.3 billion people in China is one of the largest scheme cards in the world.

“We are upgrading our chip card and acquiring Union Pay which should be available before APEC (leaders week) starts.

“At APEC, a lot of users will come in. If you have got 3000 to 5000 visitors coming having them feel that when they come to a country such as PNG their method of facilitating their financial transactions isn’t impeded,” Fleming said.

He said the growing influence in spending and transacting will grow as more Chinese are coming into the country.

The CEO’s comments also are in line with expansion plans such as a direct route to Shanghai by Air Niugini is expected to be formalized any time now to capture China’s vast tourist numbers.

“Quite possibly, also more Japanese involvement as it ramps up its aid programmes in PNG with the upgrade of Nadzap and it is an area for growth and could overtake Master Card.

UnionPay International (UPI) is a subsidiary of China UnionPay focused on the growth and support of UnionPay’s global business.