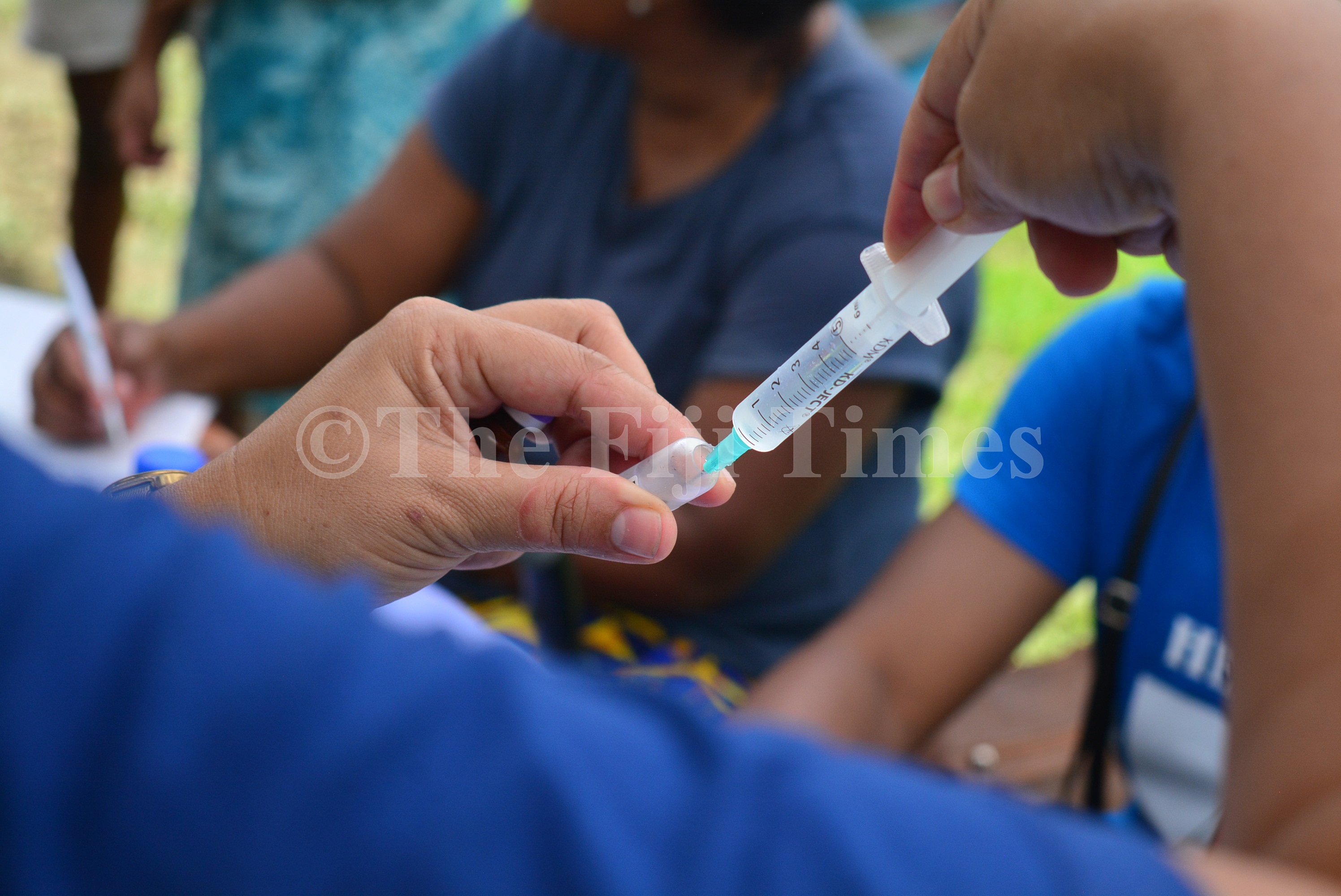 A staff nurse draws vaccine during a vaccination drive at Wailali settlement in Wainadoi between Suva and Navua. Picture: JOVESA NAISUA/FILE

THE United Nations Children’s Fund (UNICEF) is supporting the governments of Fiji, Samoa, and Tonga in response to the measles epidemic recorded in those respective island nations.

There have been seven confirmed cases already in Fiji as of early this week.

UNICEF has also reported that a measles outbreak was declared in the Kingdom of Tonga on October 24 and today records 177 confirmed cases.

The Government of Samoa officially declared a state of emergency on the evening of November 15, 2019, four weeks into the continuing measles epidemic with more than 1000 suspected cases so far.

A statement from UNICEF stated that the epidemic had claimed the lives of 14 children under five years old and one adult in Samoa.

UNICEF and the World Health Organisation jointly prepared a communication toolkit and resources for measles prevention, which was immediately shared with Samoa, Tonga and Fiji – being the first group of Pacific island countries affected.

UNICEF has deployed health and communication staff in Samoa to boost the government’s immunisation campaign and delivered a total of 110,500 doses of measles-containing vaccines (100,000 MR and 10,500 MMR) and 30,000 Vitamin A tablets.

UNICEF has also delivered vaccines to Tonga, Fiji and Niue, and has worked with the governments of Vanuatu, Solomon Islands, Kiribati, Cook Islands, Niue, Marshall Islands and the Federated States of Micronesia (FSM) in conducting their measles immunisation campaigns, and developing their preparedness plans for an outbreak.

· In Tonga, health officials advise that they have previously achieved herd immunity for measles

· Tonga had a 99 per cent coverage of measles vaccinations in 2018. To further contain the outbreak, the Tongan Government announced the temporary closure of all government primary schools from November 14-25, and

· Fiji has a measles coverage of 81 per cent for the first dose in 2018 based on available data.