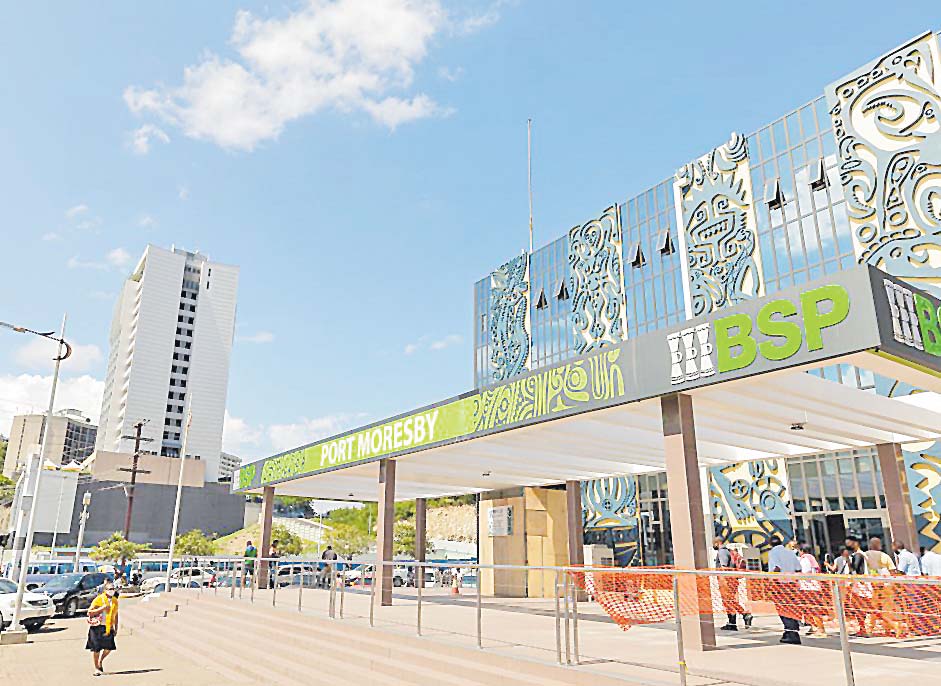 The article states BSP has been thriving since its amalgamation with PNGBC in 2002, with an independent board recruited on merit. No other major shareholder is represented on the board, whose independence should be respected by the government and left untouched. Picture: SUPPLIED

The November 2022 session of Papua New Guinea’s national Parliament witnessed a flurry of important decisions and debates, including on the impact of alcohol on violence, and the reinstatement of the position of Chief Secretary. Questions were also raised on the deferment by a week of the 2023 National Budget – the second time a PM Marape budget has been postponed.

If enacted, these policies would uproot the late Sir Mekere Morauta’s key financial system reforms. They lack a sound economic and commercial rationale. They may in fact backfire, causing history to repeat itself.

According to the Minister for State Enterprises, the key factors behind the decision to create a state-owned commercial bank are the large unbanked population of the country, the many fees PNG customers are charged by the commercial banks, and the small number of banks in PNG.

These are all legitimate concerns, but the answer is not a new government bank. State-owned enterprises (SOEs) in PNG do not fare well, including commercial banks. It is ironic (and almost unbelievable) that Minister Duma was reported as saying that the government wanted to replicate the Papua New Guinea Banking Corporation (PNGBC). This was the bankrupt government-owned bank which was privatised as part of Sir Mekere’s reforms by selling it to BSP. So bad was PNGBC’s performance that the central bank was forced to sack the bank’s entire board in 2000 because of “prudential deficiencies”.

The closest thing the government has now to a commercial bank is the National Development Bank (NDB) and its subsidiary People’s Microbank. The latest NDB annual report and financial statements on the web are for 2018. A 2019 audit of the bank “highlighted systemic internal control failures with risk, compliance and delegated lending authorities in the bank’s credit department and deficient governance which contributed to conflicts of interest”. It doesn’t inspire confidence.

Rather than setting up an SOE in the banking industry that will ultimately fail, a much better course of action to address the issues on bank fees and reach out to the unbanked population would be to provide an enabling environment for commercial banks to thrive. This would include provision of good and reliable infrastructure such as roads, ports, power, water, internet connectivity, improved law and order and security in the rural areas where most of the unbanked population lives. Sound regulatory and tax regimes based on international best practice are also required. This is the foremost responsibility of the government – not establishing state-owned commercial banks.

The government should also support reputable national financial institutions to set up commercial banking operations. TISA (Teachers Savings and Loan Society) and Credit Corporation have already applied for commercial bank licences; these and other similar organisations could be supported to transition to commercial banks.

Turning to BSP, it is true that the government is the biggest shareholder in the bank, with 25 per cent of shares. This is the prize it got from Sir Mekere’s decision to sell PNGBC to BSP. However, the decision by the government to seek an ex-officio membership on the board of BSP will be disastrous for BSP’s corporate governance. This is another attempt to reverse Sir Mekere’s reforms – reforms that were painfully brought about to keep the sticky fingers of government and politicians off key government institutions and commercial entities in which the state had a commercial equity stake.

BSP has been thriving since its amalgamation with PNGBC in 2002, with an independent board recruited on merit. No other major stakeholder is presented on the board, whose independence should be respected by the government and left untouched.

There are other avenues for the government to bring to the attention of commercial banks (or other businesses) the grievances of PNG customers. It should be focusing on setting up clear consumer protection rules and regulations that would govern the operations of commercial banks, and it should be empowering consumer watchdog institutions such as the Independent Competition and Consumer Council to police these laws. Above all, what is needed is more competition, but from the private sector not more SOEs. Just kook at hoe Telokim and Bemobile have dismally failed to provide real competition to Digicel.

During his short stint as Prime Minister of PNG (1992-2002), the late Sir Mekere Morauta enacted landmark reforms to strengthen SOEs, and the country’s financial system, as well as to stabilise the precarious political lanscape of the country. Over the last 20 years, there have not been any other major structural reforms successfully implemented to set the country up for broad-based socioeconomic growth and development. Rather, we have mostly undone Sir Mekere’s reforms and failed to build on where he left off.

Sir Mekere was a man of principle, and one of his principles was that the government should, in his words, “leave the private sector all services that can be well provided by the private sector”. The two policies announced by the Marape-Rosso government completely contradict this sound approach, and are likely to have significant negative ramifications for the country. I recommend that they are withdrawn by PM Marape and his government.

• ANDREW ANTON MAKO is an associate lecturer and project coordinator for the ANU-UPNG Partnership. He has worked as a research officer at the Development Policy Centre and as a research fellow at the PNG National Research Institute.

Disclosure: This research was undertaken with the support of the ANUUPNG Partnership, an initiative of the PNG-Australia Partnership, funded by the Department of Foreign Affairs and Trade. The views are those of the author only.