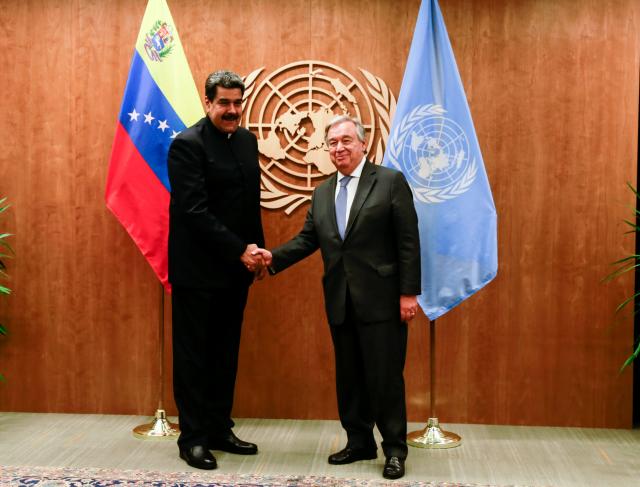 THERE are indications that the United Nations secretary-general António Guterres will visit Fiji next year.

Fiji’s Prime Minister Voreqe Bainimarama was made known of this plan during his meeting with the UN secretary-general earlier in the week where discussions revolved around the island nation’s growing presence on the global stage.

A Government statement issued last night stated that speaking just before Mr Bainimarama delivered his national statement at the 73rd UNGA, Mr Guterres had praised the Fijian PM for working closely with the UN to champion climate action around the world.

It stated that the two leaders spoke about plans to build upon the progress of a fruitful UN-Fiji climate partnership, including the secretary-general’s anticipated 2019 visit before the UN climate summit.

The Secretary-General also acknowledged Mr Bainimarama for Fiji’s support in establishing a strengthened United Nations presence in the Pacific region.

The two leaders committed to work closely together to ensure that Fiji’s voice continued to be amplified to the world.