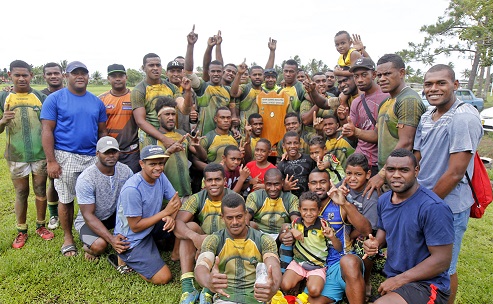 The Uluinakau 15s team was boosted by the presence of its rugby 7s players who helped the team defend the title for two consecutive challenges since they stripped it off Nadera last month.

Uluinakau led 10-0 during the half time break.

Team coach Male Kolinivala believes their respect for their opponents has resulted in their consecutive wins.

“Before every match, I always tell the boys to play as if we are challenging the shield and not defending it,” Kolinivala said.

“All the teams we’ve played against are all good teams because we’ve lost to them in the round robins and the quarter-finals and the result speaks on the performance of the boys and their hard work and commitment in training.”

Uluinakau will take on Newtown rugby club next Saturday for the last round of challenge before the union concludes its 2018 season.