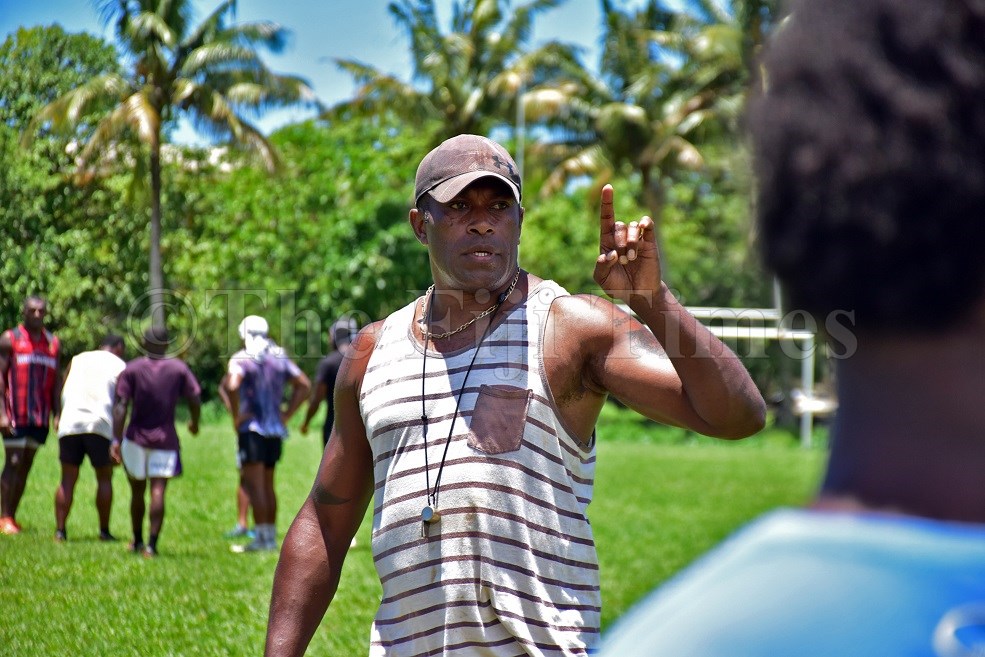 Trainer Jone Koroi said having the former winger in the team had boosted the morale of the players.

“Bobo has brought in a lot of impact on the players based on his wealth of experience and he has a strong influence on the players,” Koroi said.

“The players look up to him as a role model and having him with us, shows a powerful image of himself getting down to the grassroots level and helping the boys who will one day represent the country like what he did.”

Koroi said coming back on to the field after six months of lockdown took a toll on the players, but to their surprise players had been doing their own training.

“We had our fitness test last week to gauge where our players are and working on their fitness level. According to the tests results, we were surprised that some of them continued to what they were supposed to do during the lockdown.

“Their test gave us an indication on that and last week we went to Deuba for their running skills on the beach. Some of them coped well and our friendly match against the Police indicated that the players are ready.”

Uluinakau is pooled with Wardens, Fire and Navy.