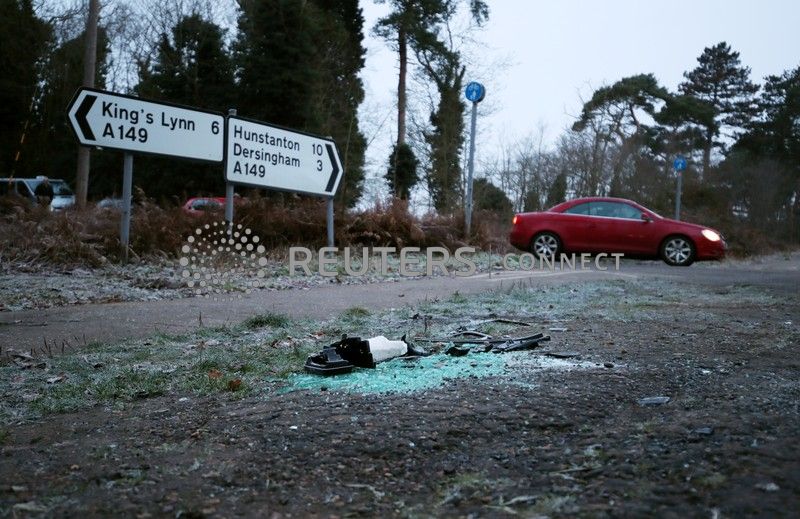 Debris is seen at the scene where Britain's Prince Philip was involved in a traffic accident, near the Sandringham estate in eastern England, Britain, January 18, 2019. REUTERS/Chris Radburn