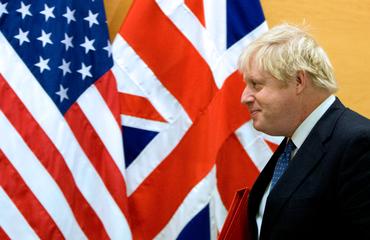 (Reuters) – Boris Johnson, the frontrunner to become Britain’s next prime minister would want to meet U.S. President Donald Trump within the first two months of becoming prime minister to negotiate a post-Brexit trade deal, the Times newspaper reported on Sunday citing an ally of the former London mayor.

“The key to the whole thing is the US. If we get a trade deal with America we will be very quickly in the market for other deals. It encourages others to realize that we mean business,” the newspaper quoted Johnson’s ally as saying.

The former foreign secretary is ready to travel to the United States as soon as possible if he becomes the prime minister to secure a limited agreement before the Brexit deadline of Oct. 31, the paper said.