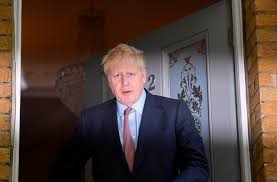 (Reuters) – British conservative lawmaker Esther McVey said on Saturday that she will support Boris Johnson in his bid to be prime minister, The Telegraph reported.

“Boris Johnson is supporting my agenda – which is why I’m supporting him”, she wrote bit.ly/2WLp52V in the newspaper, adding that she looks forward to working with Johnson to deliver on behalf of “blue collar Conservatives” across the country.