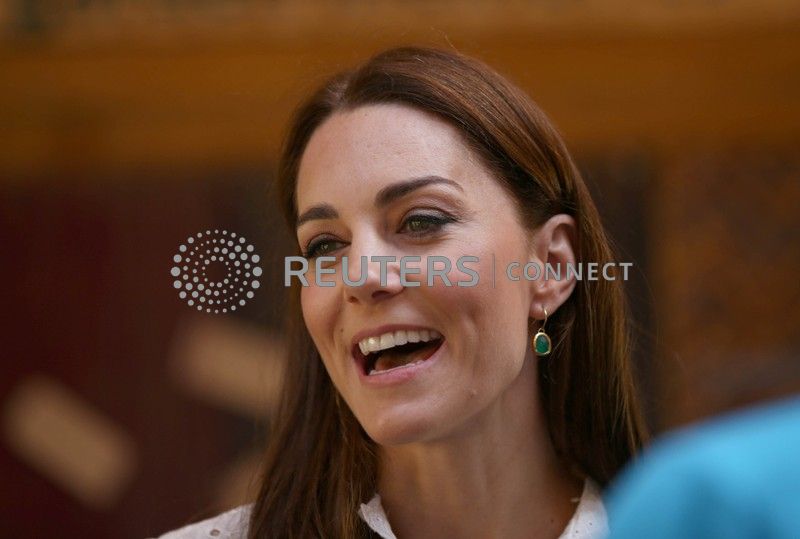 Britain's Catherine, Duchess of Cambridge, visits her garden at the RHS Chelsea Flower Show at the Royal Hospital Chelsea, London Britian May 20, 2019. Yui Mok/Pool via REUTERS

LONDON (Reuters) – Britain’s Duchess Kate, whose family snaps of her three children and husband Prince William have been publicised worldwide, is to become patron of the Royal Photographic Society, Kensington Palace announced on Tuesday.

Kate, the Duchess of Cambridge, started taking official family pictures in 2015 when she took the first portraits of her daughter Princess Charlotte.

The couple’s first child, Prince George, has also featured widely in her photographs and her latest series, in April, was a collection of photos of Prince Louis to mark his first birthday.

The Royal Photographic Society was founded in 1853. Queen Elizabeth held the role of Patron for 67 years and Kate became an honorary member in January 2017.

“It is a huge honour to have the Duchess as our Patron, especially given her personal interest in photography.” said Mike Taylor, the Chief Operating Officer of the Royal Photographic Society.