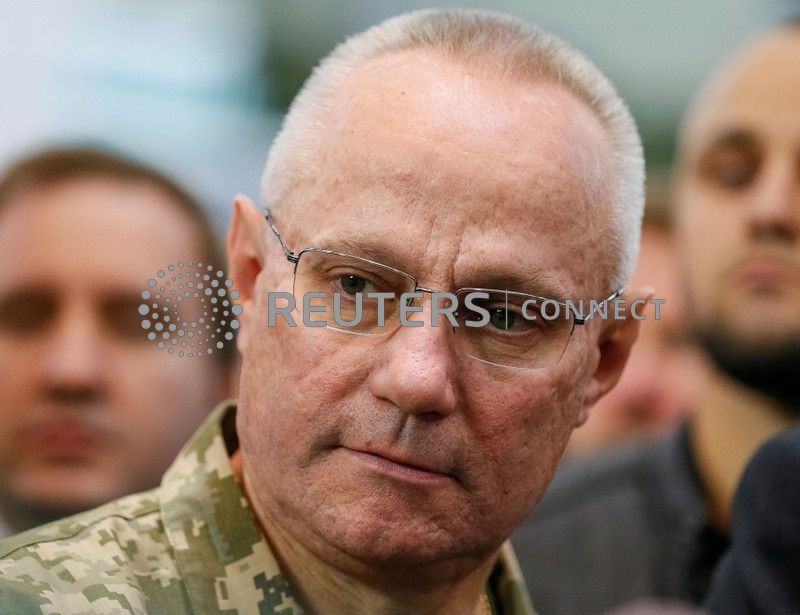 KYIV (Reuters) – Ukraine’s President Volodymyr Zelenskiy has dismissed the head of the armed forces, Ruslan Khomchak, his spokesman said at a briefing on Tuesday, citing tensions between the armed forces and the defence ministry.

Khomchak will be moved to a post on the national security and defence council. He will be replaced by Valery Zaluzhny, who heads the military’s northern command. Ukrainian troops have fought Russian-backed separatists in a conflict that Kyiv says has killed 14,000 people since 2014.

“Commander-in-Chief Ruslan Khomchak is leaving his post, this is the president’s decision,” Zelenskiy’s spokesman Sergii Nykyforov told a briefing.

“The president wants to see synergy between the ministry of defence and the armed forces of Ukraine, but unfortunately we do not see synergy, but on the contrary we see conflicts.”

The Ukrainian media in recent months have reported disputes between the defence ministry and Khomchak. Khomchak in March denied any rift: telling the news outlet gordon.ua:

“Here is a working relationship where everyone has his own opinion, they can argue, they can discuss, they can come to something.”

Ukraine has urged its Western backers to speed up its entry into the NATO military alliance as a deterrent against Russia, though NATO members say Kyiv must reform its armed forces and tackle corruption to be able to apply.