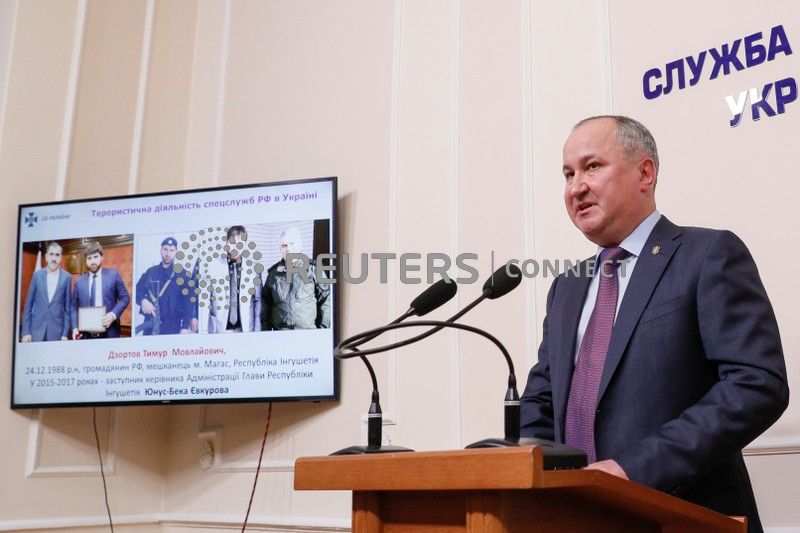 Head of the Security Service of Ukraine Vasyl Hrytsak (SBU) attends a news conference, dedicated to the alleged detention of members of a sabotage-reconnaissance group, who according to SBU were sent by Russian intelligence agencies, in Kiev, Ukraine April 17, 2019. REUTERS/Valentyn Ogirenko

KIEV (Reuters) – Ukraine’s security service SBU said on Wednesday it had captured a Russian military intelligence hit squad responsible for the attempted murder of a Ukrainian military spy in the run-up to a presidential election on Sunday. The issue of how to deal with Russia, which annexed Crimea in 2014 and backs pro-Russian separatists […]