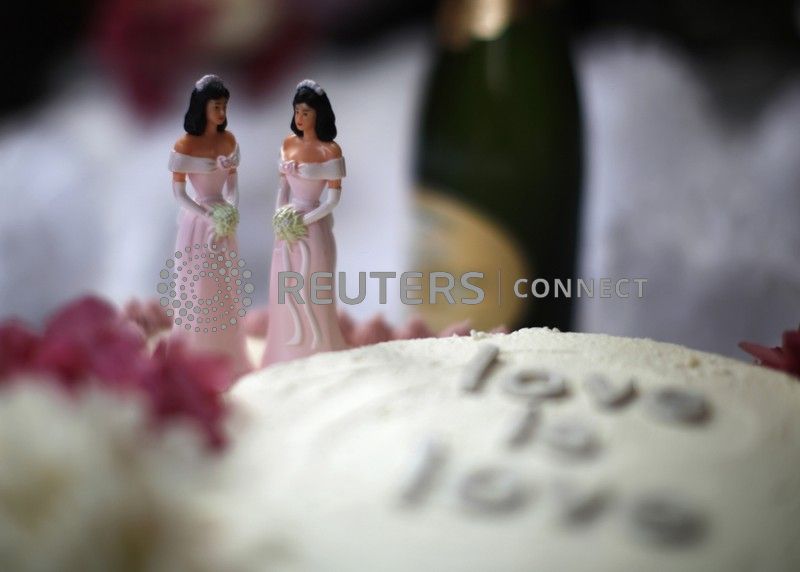 LONDON (Thomson Reuters Foundation) – A recent court decision upholding a ban on same-sex marriage in the Cayman Islands was condemned on Monday as “unacceptable” by the woman who with her partner spearheaded the campaign to legalise LGBT+ weddings in the British Overseas Territory.

Caymanian lawyer Chantelle Day and her partner Vickie Bodden Bush won a year-long court battle last year after being refused permission to marry, but an appeal by the British Overseas Territory’s government resulted in a reversal in March.

“It’s unacceptable that the UK have allowed us to be in this position,” Day told the Thomson Reuters Foundation in a telephone interview.

“The UK government isn’t willing to act and is willing to allow a continuing breach of human rights. They’re ultimately to blame because they have the power and they refuse to do anything.”

Legal protections for LGBT+ people in the Caymans lag far behind Britain’s, with virtually no anti-discrimination laws in place and a higher age of consent than for heterosexuals.

Gay marriage supporters had said the case could have set a precedent for Britain’s four other Caribbean territories of Anguilla, British Virgin Islands, Montserrat and Turks and Caicos Islands, where same-sex marriage remains illegal.

The Premier of the Cayman Islands who supported the appeal had said in a statement it was done in the belief that “marriage should retain its traditional and religious definition and meaning, the union of one man and one woman”.

While Thursday’s ruling criminalised same-sex marriage, the judges wrote that same-sex couples should “expeditiously” be entitled to legal protection which is “functionally equivalent to marriage”.

For Day that would win legal residency for her partner and the couple’s daughter.

But lawyer and LGBT+ activist Leonardo Raznovich called the ruling a “disaster” in terms of constitutional law and criticised Britain for being “unable or unwilling” to step in and “looking away.”

A spokeswoman for the UK’s Foreign and Commonwealth Office, which oversees matters for the Cayman Islands said via email “We believe that all love is equal, which is why the UK Government changed our legislation to allow same-sex marriage.

“We hope that the Cayman Islands Legislative Assembly will act swiftly and take a decisive lead on this issue to ensure same sex couples are granted equal rights,” she added.

Lawyer Jonathan Cooper of London’s Doughty Street Chambers, who has represented the women, said there were “definite grounds for appeal” and that the next step would be bringing the case to the territory’s Privy Council, its highest court.

Day said the couple are considering their options.