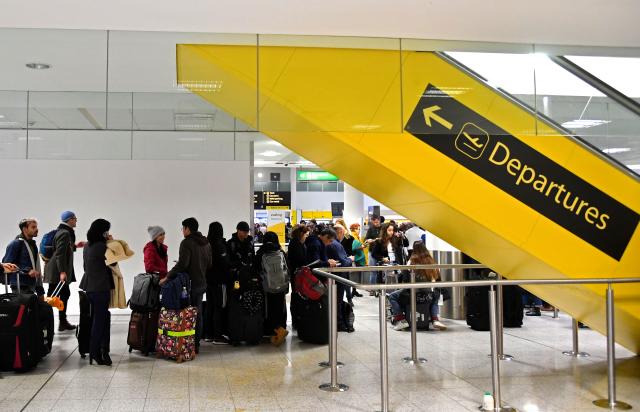 Passengers wait in the South Terminal building at Gatwick Airport, after the airport reopened to flights following its forced closure because of drone activity, in Gatwick, Britain, December 21, 2018. REUTERS/Toby Melville

(Reuters) – The UK’s Sussex Police said on Saturday it has made two arrests in connection with a drone disruption at London’s Gatwick Airport.

The arrests were made late on Friday, according to the statement bit.ly/2QMVLv4.

Gatwick, Britain’s second-busiest airport, was reopened on Friday after being forced to close for 36 hours this week, stranding more than 100,000 Christmas travelers.