UK PM May urges devolved nations to back her Brexit deal 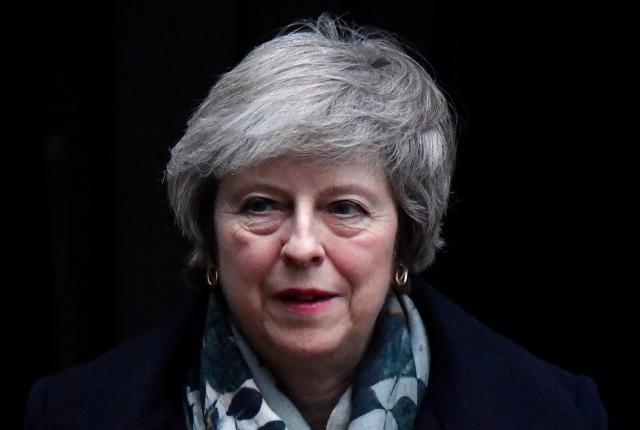 LONDON (Reuters) – British Prime Minister Theresa May will urge the devolved nations of Scotland, Wales and Northern Ireland to “listen to business” at a meeting on Wednesday and back her Brexit deal, which envisages continuing close ties with the EU.

A day after her government said it would implement plans for a no-deal Brexit in full, May was due to stress how her deal works for all parts of Britain, her office said.

“I am confident that what we have agreed delivers for the whole of the UK,” she was due to say ahead of the meeting.

“That’s why it is more important than ever that the devolved administrations get behind this deal and listen to businesses and industry bodies across all four nations who have been clear that it provides the certainty they need.”

She will update them on plans being made for every eventuality including leaving the EU without any kind of a deal, plans that include setting aside space on ferries to ensure a regular flow of medical supplies and keeping 3,500 armed forces personnel on standby to support contingency plans.

With just 100 days until Britain is due to leave the EU, May has yet to win the support of a deeply divided parliament for the deal she struck last month with Brussels.

She has said a delayed vote on her deal will take place in mid-January, prompting some lawmakers to accuse her of trying to force parliament into backing her by running down the clock as the March 29 exit day approaches.

Sturgeon, leader of the independence-minded Scottish National Party (SNP), has accused May of not listening to Scottish opinion and has likened her Brexit deal to taking a blindfolded leap off a cliff.

The Welsh Assembly also rejected the deal in a symbolic vote earlier this month. Northern Ireland has been without an executive since January 2017 when the governing parties, Sinn Fein and May’s allies at Westminster, the DUP, split after a fierce row.

A so-called backstop plan to avoid the reintroduction of a hard border between the Irish republic and Northern Ireland remains one of the principal obstacles to parliamentary agreement on May’s deal.

“From the Scottish Fishermen’s Federation and Diageo (DGE.L), to Airbus (AIR.PA) and Manufacturing Northern Ireland, business and industry right across the UK want to us to deliver this deal as it gives them the clarity and stability they need to protect jobs and living standards,” May was due to say.