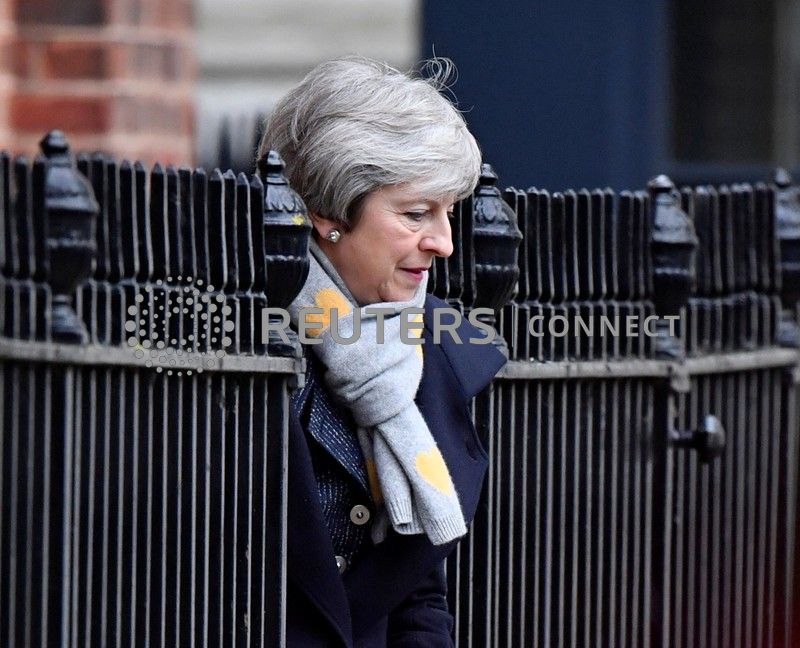 LONDON (Reuters) – Prime Minister Theresa May told her top ministers on Tuesday her objective was to secure legally binding changes to Britain’s EU exit deal to ensure that the country could not be trapped indefinitely in the Northern Irish backstop, her spokesman said.

“The prime minister said that our objective now was to secure a legally binding way of guaranteeing we cannot be trapped indefinitely in the backstop,” the spokesman said following a meeting with May’s cabinet.

May will use a visit to Brussels on Thursday to update European Commission President Jean-Claude Juncker on discussions taking place in Britain on alternatives to the backstop, an insurance policy to avoid a hard border in Ireland, he said.