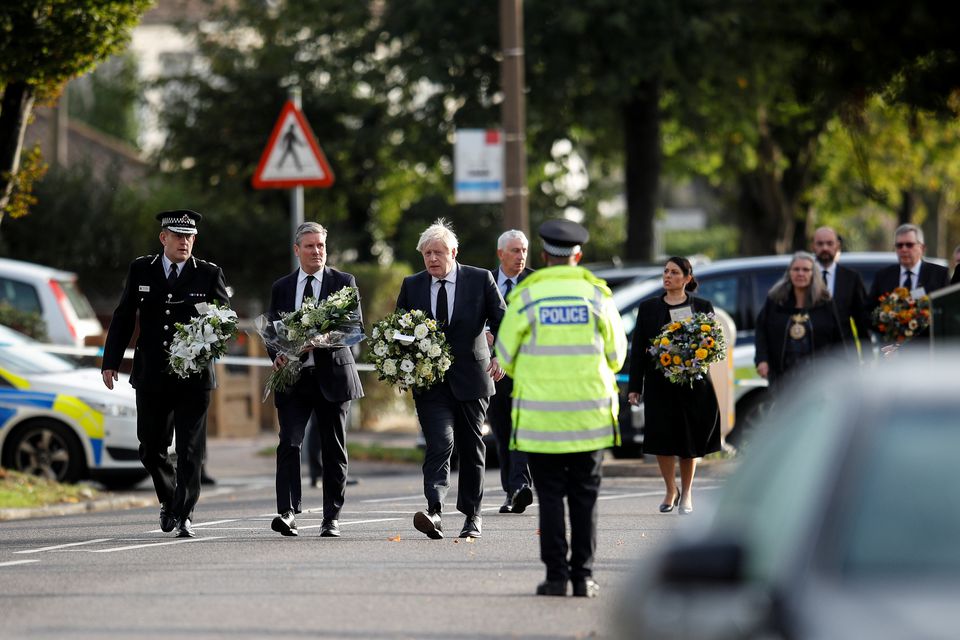 British Prime Minister Boris Johnson on Saturday laid flowers outside the church where a lawmaker was stabbed to death a day earlier, and police were given more time to question the man detained under terrorism powers on suspicion of murder.

The attack on David Amess, from Johnson’s Conservative Party, comes five years after the murder of Jo Cox, a lawmaker from the opposition Labour Party, and has prompted a review of the security of elected politicians.

Amess, 69, was knifed repeatedly in the attack at about midday Friday in Leigh-on-Sea, east of London, during a meeting with constituents in a church.

Police arrested a 25-year-old British man at the scene on suspicion of murder. Police have said it is believed the man acted alone.

Johnson, interior minister Priti Patel and Labour Party leader Keir Starmer were among those to lay flowers in tribute to Amess at the scene of the murder.

“To the memory of Sir David Amess MP, a fine parliamentarian and a much-loved colleague and friend,” Johnson said in a hand-written note placed in the flowers, adding in a Twitter post that his thoughts were with Amess’ family and friends.

Johnson and Starmer stood side by side in a moment of silence before leaving. Other politicians, police representatives and members of the public came to lay flowers and pay respects.