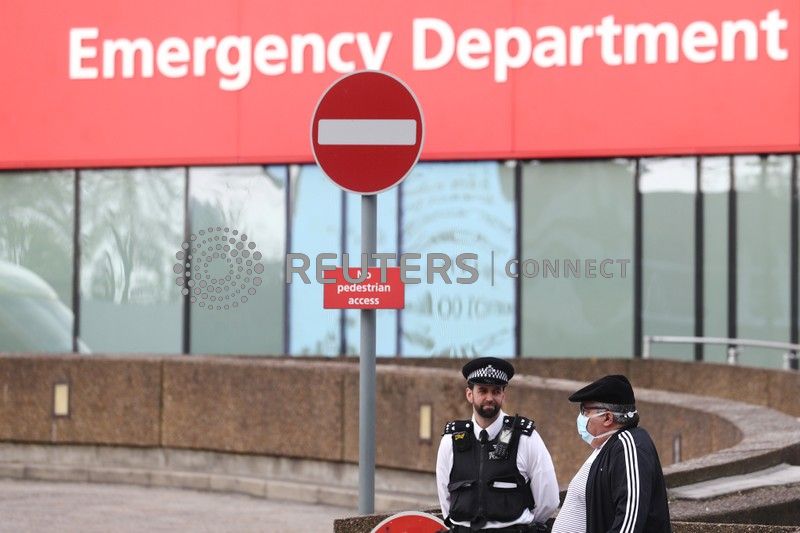 LONDON (Reuters) – Prime Minister Boris Johnson is responding to treatment in intensive care at a central London hospital, his spokesman said on Wednesday, adding the British leader was in “good spirits”.

“The prime minister remains clinically stable and is responding to treatment. He continues to be cared for in the intensive care unit at St Thomas’ hospital. He is in good spirits,” the spokesman told reporters.