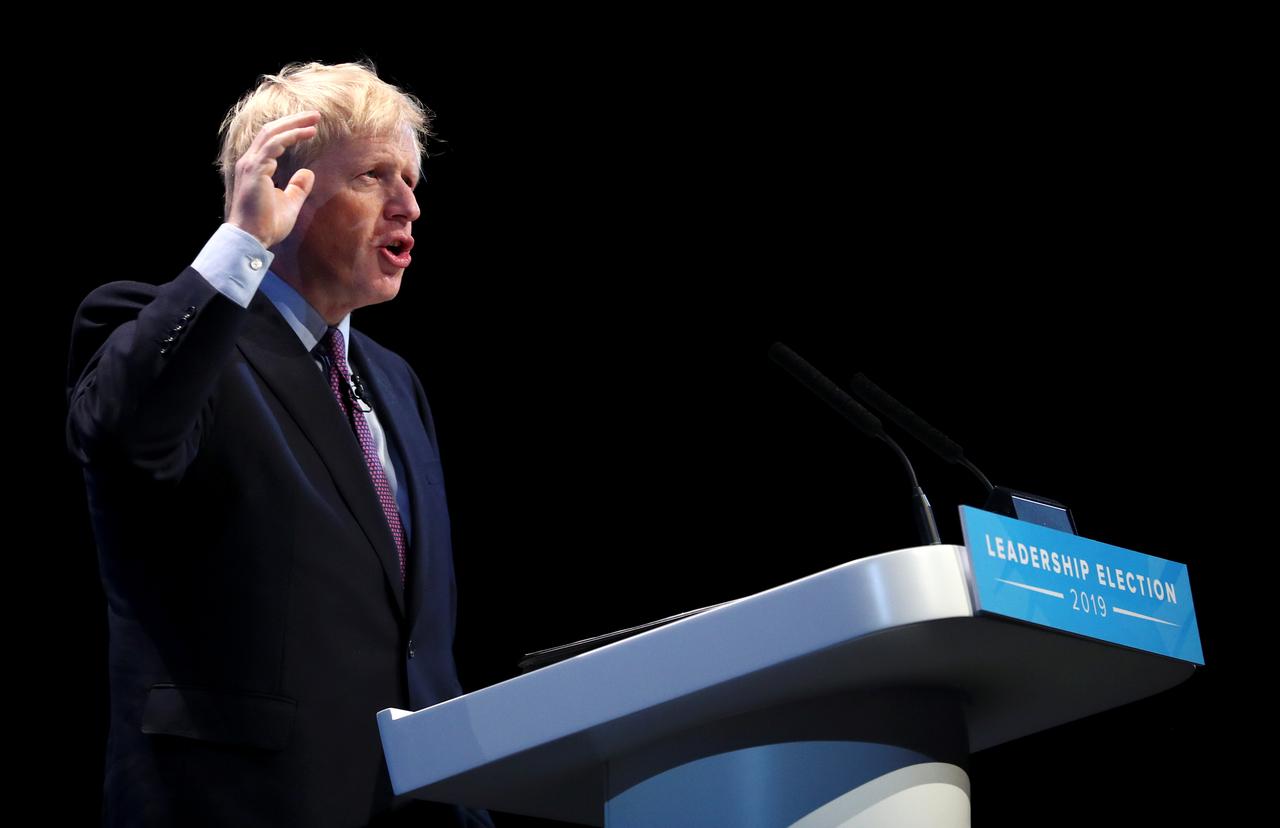 BIRMINGHAM, England (Reuters) – Boris Johnson, the favorite to be the next British Prime Minister, reiterated his desire to leave the European Union in October with or without a deal as he avoided questions at a campaign event on Saturday about a police visit to his home.

Johnson, a leading figure in the 2016 referendum campaign to leave the European Union, had raised some doubts about his commitment to leave by the latest deadline when he described it as only “eminently feasible” in a televised debate this week.

“Eminently feasible means it’s not only that we are going to do it but that it’s possible to do it because it’s eminently feasible. Of course we can do it,” Johnson told the first of 16 leadership hustings events.

The meeting saw Johnson and his remaining rival, Foreign Secretary Jeremy Hunt, each make their pitch to Conservative Party members who will vote to choose one of them as their next leader – and thus the next prime minister.

The result of the postal ballot will be announced in the week of July 22.

Johnson, Hunt’s predecessor at the Foreign Office, said people had a right to ask questions about his character, after the police were called to investigate concerns for the welfare of a woman in his home, but said his record in office showed he could be prime minister.

Police said there was no reason to take further action after checking up on Johnson and girlfriend Carrie Symonds in the early hours of Friday.

Avoiding further questions about the matter at the hustings, Johnson said party members would not be interested in hearing about it, to applause from the audience.

“I think what they want to hear is what my plans are for the country and for my party,” he told the event in Birmingham, central England.

Johnson, 55, who served as London mayor for eight years, has cast himself as the only candidate who can deliver Brexit on Oct. 31 while fighting off the electoral threats of Nigel Farage’s Brexit Party and socialist Jeremy Corbyn’s Labour.

Hunt, who voted Remain in the 2016 referendum but says he would now vote for Brexit, has said that he will not make promises he cannot keep on Brexit or spending.

He has said that committing to the October deadline risks a move by lawmakers to block a possible no-deal, which could lead to an election, and has indicated he would delay Brexit again if he felt a deal was in reach.

However, he told party members on Saturday that he would take Britain out of the European Union without a deal on Oct. 31 if the EU had not moved towards agreeing a new deal.

“If we got to the 31st of October, and the EU have not shown the willingness to negotiate a better deal … the political risk of no Brexit is far worse than the economic risk of no deal,” Hunt said.

“I would take us out of the European Union in that situation.”

Johnson is the clear favorite, with a YouGov poll for the Times showing he has the support of 74% of members, compared with 26% who back Hunt. The poll was taken before the news broke of the incident with Symonds.

With such a commanding lead, Johnson has tried to stay out of the limelight, and opponents have accused him of running from scrutiny to avoid the gaffes that have been a feature of his career so far.

But Hunt has called for Johnson to take part in not just hustings but also televised head-to-head debates before the Conservative Party membership receive their ballot papers.

Reporters for Sky News said that Johnson had declined to take part in their planned debate next Tuesday.

“Scrutiny can be uncomfortable. But if we can’t handle it with friends, we won’t deserve to lead against our opponents,” Hunt said in a letter to Johnson before the hustings. “If you want the job, you have to turn up for the interviews.”