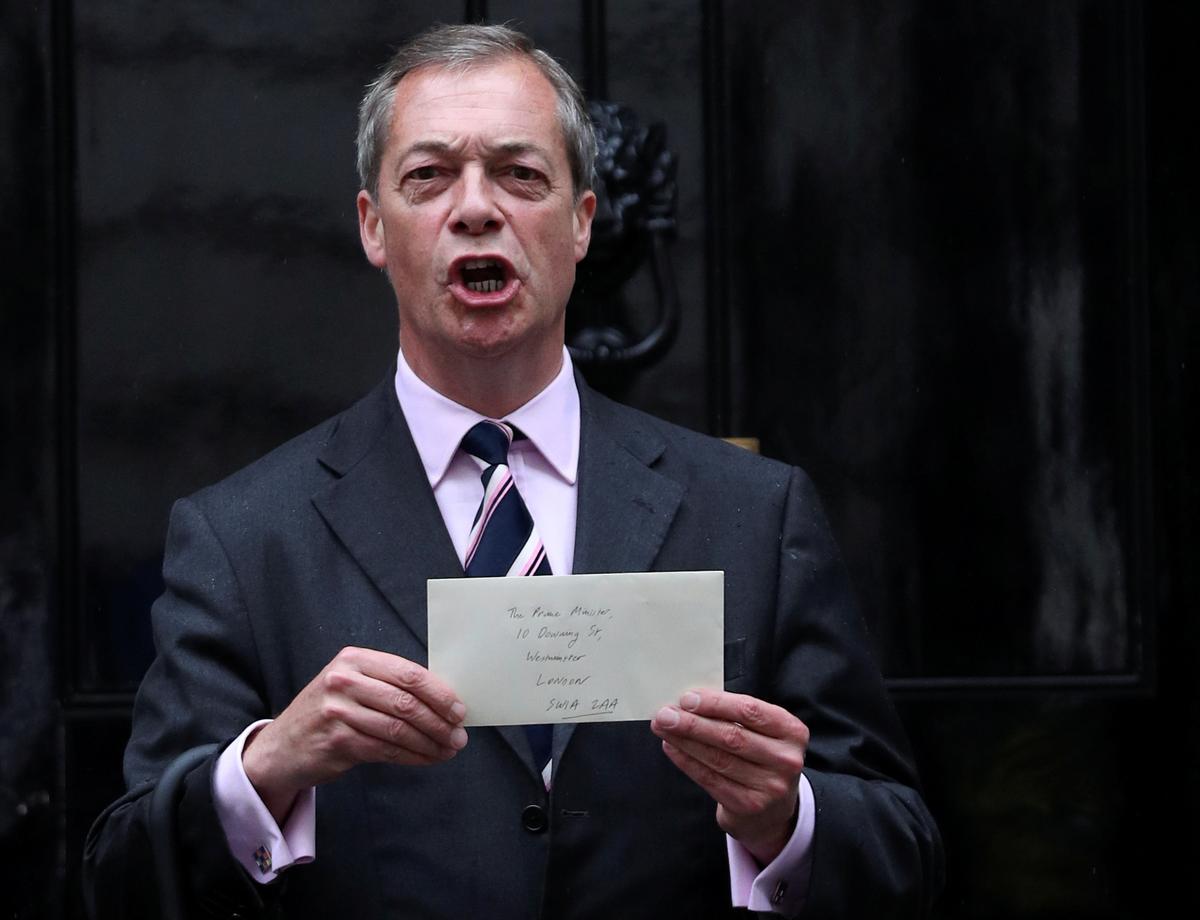 LONDON (Reuters) – Britain’s next prime minister has to take the country out of the European Union to defeat the challenge of Nigel Farage’s Brexit Party, five of the six candidates for the job said on Sunday.

All of the candidates except frontrunner Boris Johnson were taking part in a televised debate on Channel 4 television. They were: Michael Gove, Jeremy Hunt, Sajid Javid, Rory Stewart and Dominic Raab.