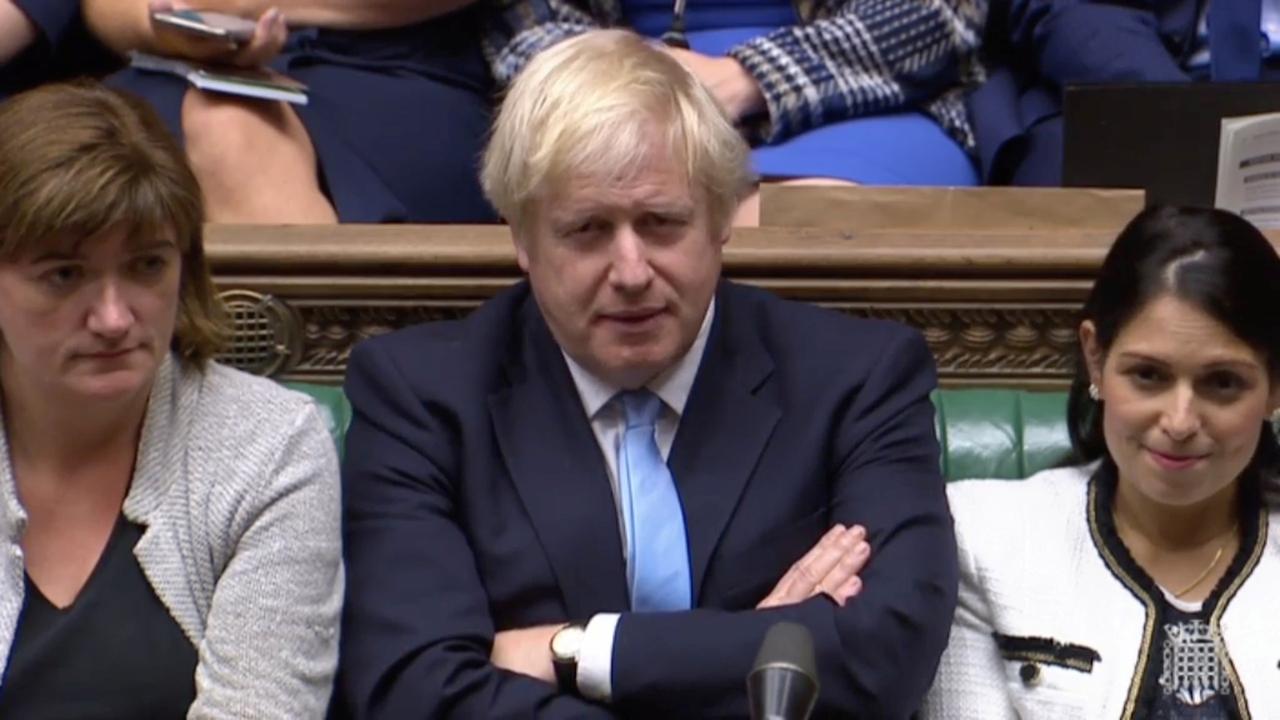 Britain's Prime Minister Boris Johnson is seen after BritainÕs parliament voted on whether to hold an early general election, in Parliament in London, Britain, September 10, 2019, in this still image taken from Parliament TV footage. Parliament TV via REUTERS

To call an election, the government needs 434 votes – two-thirds of all lawmakers elected to the 650-seat lower house of parliament. In a vote in the early hours of Tuesday only 293 backed the government’s proposal.