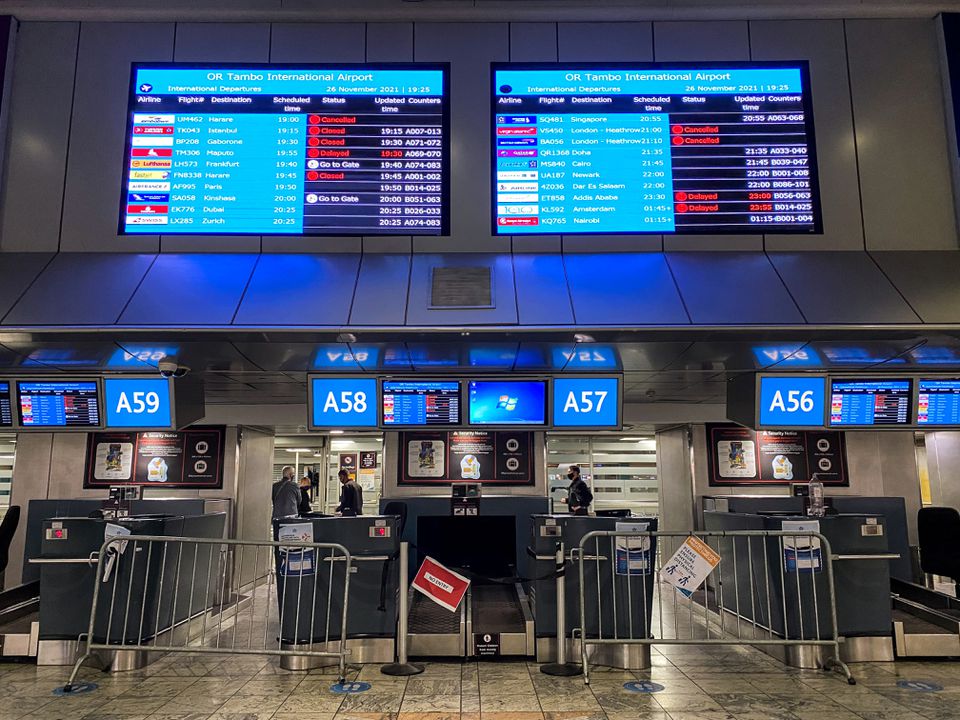 The discovery of the variant has sparked global concern, a wave of travel bans or curbs and a sell-off on financial markets on Friday as investors worried that Omicron could stall a global recovery from the nearly two-year pandemic.

Israel said it would ban the entry of all foreigners into the country and reintroduce counter-terrorism phone-tracking technology to contain the spread of the variant.

Johnson laid out measures that included stricter testing rules for people arriving in the country but that stopped short of curbs on social activity other than requiring mask wearing in some settings.

“We will require anyone who enters the UK to take a PCR test by the end of the second day after their arrival and to self-isolate until they have a negative result,” Johnson told a news conference.

People who had come into contact with people testing positive for a suspected case of Omicron would have to self-isolate for 10 days and the government would tighten the rules on wearing face coverings, Johnson said, adding the steps would be reviewed in three weeks.

The health ministry in the German state of Bavaria also announced two confirmed cases of the variant. The two people entered Germany at Munich airport on Nov. 24, before Germany designated South Africa as a virus-variant area, and were now isolating, said the ministry, indicating without stating explicitly that the people had travelled from South Africa.

In Italy, the National Health Institute said a case of the new variant had been detected in Milan in a person coming from Mozambique.

Czech health authorities also said they were examining a suspected case of the variant in a person who spent time in Namibia.

Omicron, dubbed a “variant of concern” by the World Health Organization, is potentially more contagious than previous variants of the disease, although experts do not know yet if it will cause more or less severe COVID-19 compared to other strains.

England’s Chief Medical Officer, Chris Witty, said at the same news conference as Johnson that there was still much uncertainty around Omicron, but “there is a reasonable chance that at least there will be some degree of vaccine escape with this variant”.

The variant was first discovered in South Africa and had also since been detected in Belgium, Botswana, Israel and Hong Kong.

Dutch authorities said 61 of around 600 people who arrived in Amsterdam on two flights from South Africa on Friday had tested positive for the coronavirus. Health authorities were carrying out further tests to see if those cases involved the new variant.

One passenger who arrived from South Africa on Friday, Dutch photographer Paula Zimmerman, said she tested negative but was anxious for the days to come.