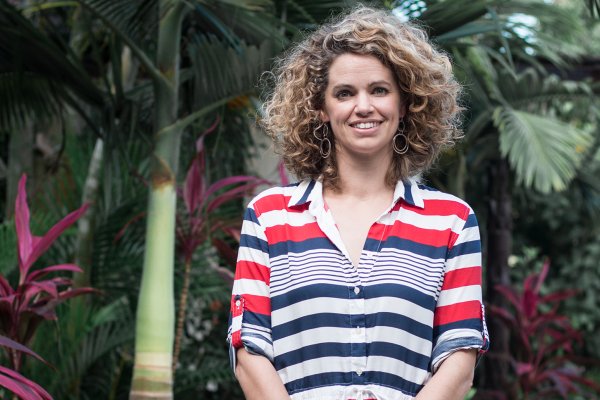 During a one-on-one interview with the UK High Commissioner to Samoa, Laura Clarke, she shared her perspectives on what the role of the new High Commission will be, as well as a few other matters of great importance, such as why the Duke and Duchess of Sussex skipped Samoa on their royal tour.

“Because Samoa has offered to host CHOGM (Commonwealth Heads of Government Meeting) 2022, that will be when there will be a big royal delegation coming to Samoa,” Clarke said.

“But I know there is a real appetite to get the royals out here and I will feel that back in.”

Clarke was in Samoa for her second visit, and met with government, private sector, civil society and the diplomatic community to talk about what the new embassy will do. High on everyone’s wish-list is serious climate action, she said.

“We need to keep working together on climate change and oceans,” she said.

“And with the prime minister of Samoa being such a strong advocate for action on climate change, that’s a genuine area of cooperation and an area where are already working but could do a lot more in.”

The UK is also looking at potentially strengthening commercial links with Samoa, said Clarke, as well as supporting governance.

“The other thing of course is making sure what we do doesn’t duplicate what other international partners are doing,” she said.

Work needs to complement, not compete with international partners, she said, and so has been meeting with other diplomatic missions here.

Clarke said she’s felt people are glad the British High Commission is opening in Samoa, despite the step away from the Pacific by the UK in the early 2000s.

“We are not going to be a big mission here next year, but we are going to be a mission that focuses on areas that matter most,” she said.

But don’t expect a wave of diplomatic action coming out of the new high commission right away.Clarke believes in taking the time to listen first.

“The most important thing in diplomacy and foreign policy is not to rush in,” she said.

There is probably a human tendency to think you have already got the answers and you can just get going, and people always want to show they are making a difference straight away.

“I think whether you’re starting a new job or increasing your presence somewhere as we are doing here, I think it’s important to slow down enough at the start.”

Being in the capital shouldn’t be considered a job well done either, said Ms Clarke. The new high commissioner should be getting out and about and meeting people to better understand Samoa.

“You won’t really understand a country if don’t get out to rural areas, talk to people. That’s about doing your job well and being credible,” she said.

As the UK prepares to leave the European Union in a historical move that has come to be known as “Brexit”, Samoa won’t see much new aid come from the UK till 2023, when EU programmes expire.

Clarke said that will give the new high commission time to do “small tactical programmes” and build relationships before launching into larger scale projects.

“What it does mean as we strike out on our own is that we will be more active as an individual player on the world stage, whether that’s on championing free trade at the WTO (World Trade Organisation) or whether it’s increasing our diplomatic engagement in the Pacific.

“I see that as a real benefit, to have that freedom to manoeuvre and we will be able to invest more in old partnerships,” she said.

Leaving the EU will mean replicating preferential trade agreements like the Everything But Arms (EBA) and the Generalised System of Preferences (GSP) bilaterally with Pacific nations.

“The commitments we have already made we will be abiding by,” said Ms. Clarke.

She also has a special, surprising connection to Samoa. Her great-great grandfather painted a portrait of Robert Louis Stevenson and it hangs in the museum at Villa Vailima.

“I just thought, that’s so funny, I have come all the way to Samoa and here is this connection that I have somehow to Samoa. That was quite lovely,” she said.