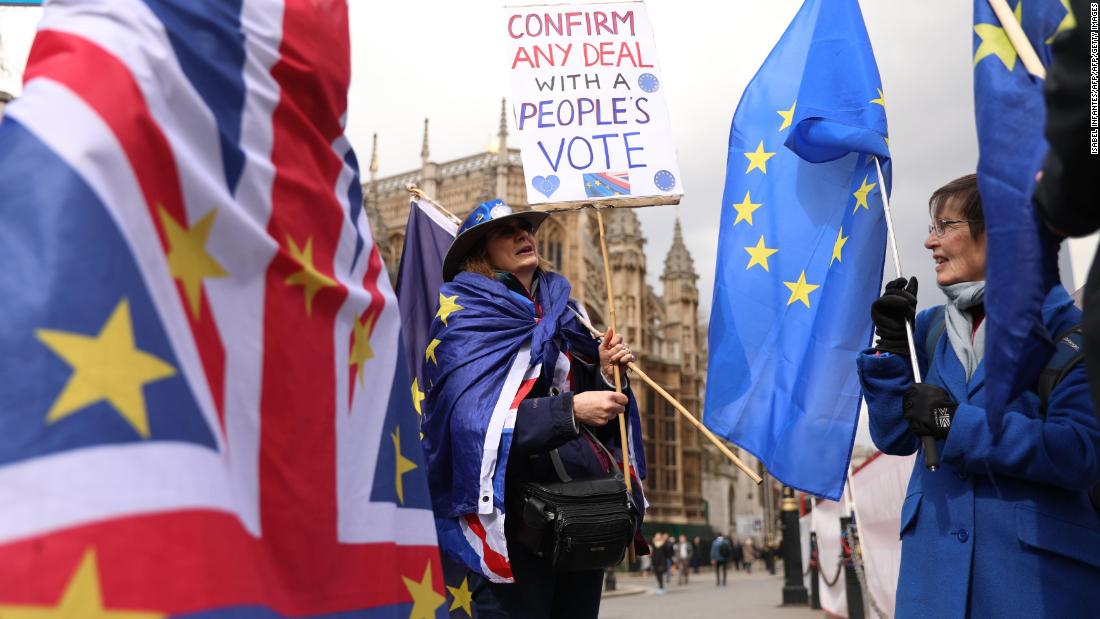 Britain will hold elections to the European Parliament later this month regardless of what happens in ongoing talks with the opposition to pass a Brexit deal, Prime Minister Theresa May's spokesman said on Tuesday.Picture: CNN International

LONDON, 09 MAY 2019 (AFP) – Britain will hold elections to the European Parliament later this month regardless of what happens in ongoing talks with the opposition to pass a Brexit deal, Prime Minister Theresa May’s spokesman said on Tuesday.

“The prime minister deeply regrets that we haven’t left the EU on time… and that a consequence of that is that we will have to take part in the European elections,” the spokesman said.

“She understands that many members of the public will feel great frustration at this,” he said.

After twice delaying the date of Brexit, the government had hoped it could get a draft divorce deal through parliament before the deadline so it would not have to go ahead with the elections to the European Parliament on May 23.

May’s ruling Conservatives are expected to fare badly in the elections, according to the latest opinion polls, with the Brexit Party currently in the lead.

May’s de facto deputy David Lidington said that the government would be “redoubling our efforts and talks with MPs of all parties to try to make sure that the delay after that is as short as possible.

“Ideally we’d like to be in a situation where those MEPs never actually have to take their seat at the European Parliament, certainly to get this done and dusted by the summer recess,” he said.

The newly-elected European Parliament is due to meet for the first time on July 2. The British parliament’s summer recess is due to start on July 20.

“That will mean effort, hard work and compromise from different political parties, people from both the Leave side and the Remain side in the European debate,” Lidington said.