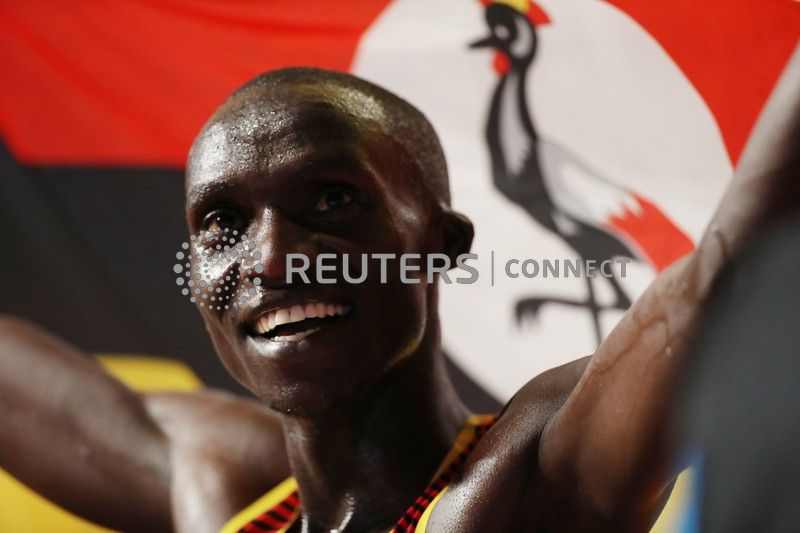 DOHA (Reuters) – Uganda’s Joshua Cheptegei triumphed after a close battle in the 10,000 metres on Sunday, winning his first world title and bringing his country their second medal of the championships.

Cheptegei remained near the front of the pack for most of the race and surged in the final kilometre to pass leader Rhonex Kipruto before holding off Ethiopia’s Yomif Kejelcha to finish in a world leading time of 26 minutes 48.36 seconds.

“It really means a lot to me,” said Cheptegei, who won silver in 2017 behind Britain’s Mo Farah. “I’ve never been a world champion in the track. It’s really a special moment.”

Uganda won their first medal of the world championships on Monday when Halimah Nakaayi upset Ajee Wilson of the United States to take gold in the women’s 800m.

Kejelcha finished second on Sunday behind Cheptegei, clinching silver with a personal best time of 26:49.34.

Kenya’s Kipruto had to settle for bronze, having led for most of the race, crossing the finish line in 26:50.32.