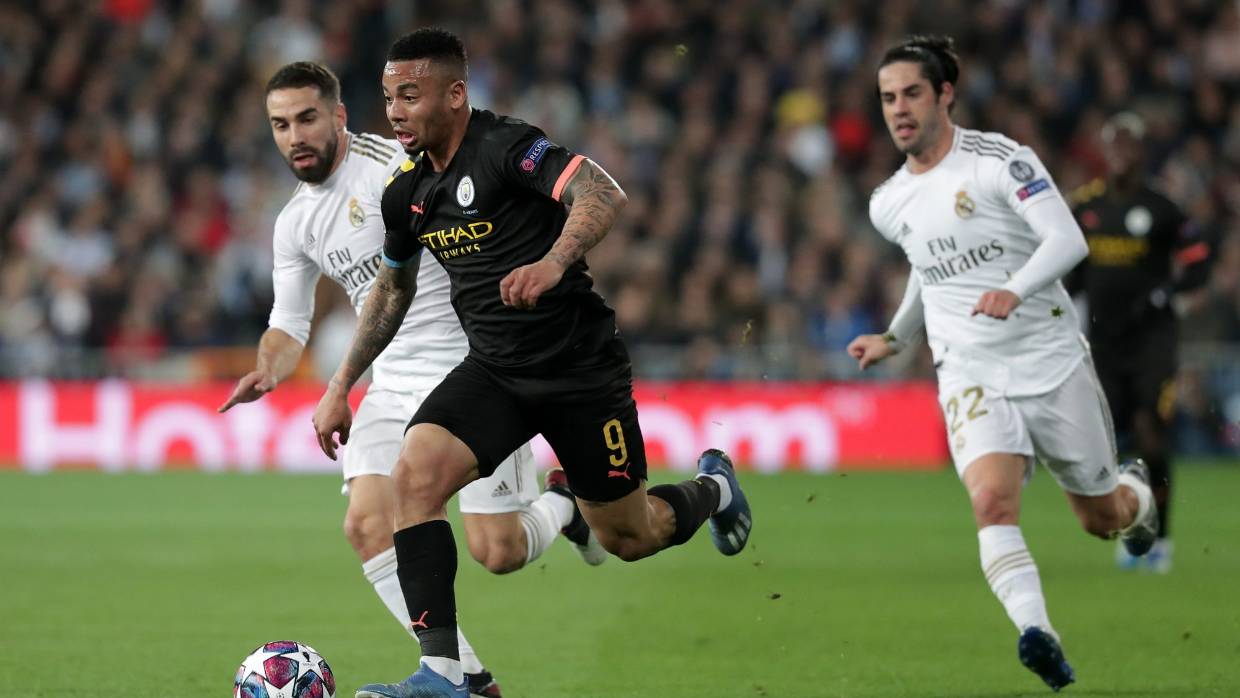 Gabriel Jesus of Manchester City takes the ball past Daniel Carvajal of Real Madrid during their Champions League round of 16 tie. Picture: GETTY IMAGES

A European plan is being formed to resume football around July and August, with domestic competitions told not to abandon seasons yet due to the coronavirus pandemic

The determination to ensure competitions are “decided on the field” to protect their integrity was outlined in a letter that was obtained by The Associated Press. It was signed by the heads of Uefa, the European Club Association and European Leagues body and was being sent to their members.

The correspondence was issued hours after the Belgian top flight became the first major European competition to recommend ending its season with the current standings declared final.

“We are confident that football can restart in the months to come – with conditions that will be dictated by public authorities – and believe that any decision of abandoning domestic competitions is, at this stage, premature and not justified,” Uefa President Aleksander Ceferin, ECA chairman Andrea Agnelli and EL president Lars-Christer Olsson stated in their letter.

Uefa working groups have been assessing the legal, regulatory and financial issues caused by the abrupt halt to football and formulated plans to resume competitions beyond the planned completion of the 2019-20 seasons by June 30.