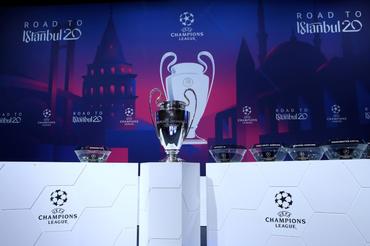 BERN (Reuters) – This season’s Champions League, Europa League and women’s Champions League finals scheduled for May have been formally postponed because of the coronavirus pandemic, European soccer’s governing body UEFA said on Tuesday.

All three competitions are currently suspended along with almost every European domestic league because of the coronavirus while UEFA last week postponed the Euro 2020 tournament until next year.

“No decision has been taken on rearranged dates,” UEFA said in a statement. It also did not say whether it would be able to complete the competitions in the current format or would have to shorten them.

The Champions League was halted halfway through the return legs of the round of 16 with four ties still to be decided. The final was due to take place in Istanbul on May 30.