UEFA aim to double number of women players by 2024 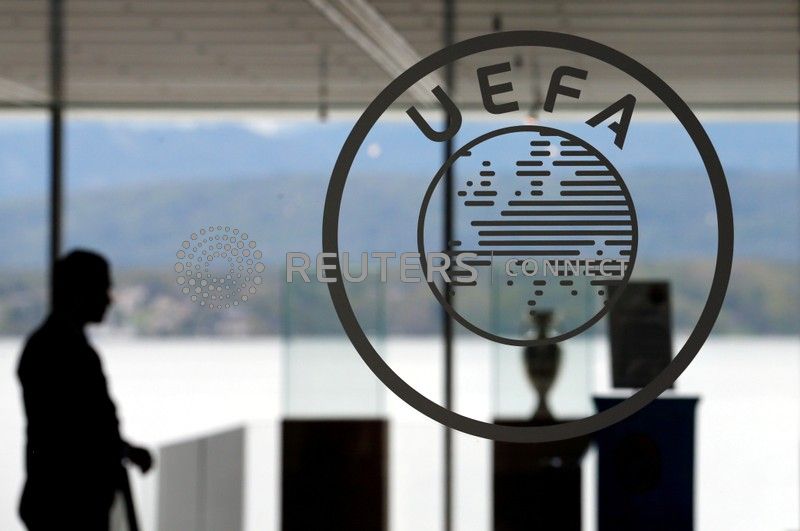 BUDAPEST (Reuters) – European soccer’s governing body UEFA launched a five-year plan for women’s football on Friday, aiming to double the number of women and girls playing the sport by 2024.

The strategy aims to raise the number of women and girls playing soccer in UEFA’s 55 member associations to 2.5 million and significantly boost the profile and value of the women’s European Championship and Champions League.

“UEFA will put significant financial investment into the sport, underlining that it dares to aim high and make European football as great as it can be.”

The profile of the women’s game has grown significantly in recent years with major European clubs developing teams and competing in UEFA’s Women’s Champions League.

The Women’s World Cup, organised by FIFA, will be held in France from June 7 and is expected to be the highest profile edition yet of the tournament.

This year, UEFA has ended its practice of holding the Women’s Champions League final in the same week and city as the men’s version with the stand-alone final taking place on Saturday in Budapest between Lyon and Barcelona.

The UEFA plan also aims to improve player welfare by establishing standard agreements for internationals and putting safeguarding policies in place as well as doubling the amount of female representation on all UEFA bodies.

UEFA reported a 50% rise in the number of professional female players since 2017 and said twice as many women are now working in managerial positions across its national associations.

UEFA said it already increased funding to its women’s football development programme by 50% in the budget period running until 2020.

“This strategy will champion, innovate and accelerate women’s football for all so that every women and girl can have a love and affinity for football whether as a player, coach, referee, administrator or fan,” she said.

“Every girl, regardless of talent, deserves a place to play football and the possibility to strive for the impossible without limitation.

“Women’s football is football, and football has a huge ability to impact beyond the field of play and break down cultural and social barriers.”