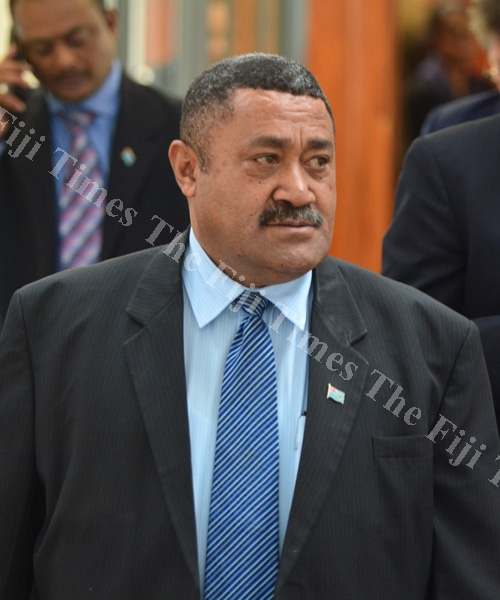 THE United Arab Emirates has given a funding of $2.1 million for the construction of the Ratu Simione Matanitobua College in Lobau, Navua.

This was revealed by Namosi Provincial Administrator Laisenia Naitila during the province’s council meeting in Navua yesterday.

He said the groundbreaking ceremony was officiated by the Tui Namosi Ratu Suliano Matanitobua last week.

“The funding we have received for this new school is $2.1m which is given by the United Arab Emirates through Government to the Ministry of Education,” Mr Naitila said.

“This will cover the construction of a road to the school, classrooms, ablution block and the fences.

He said phase one of construction was expected to be completed in six months’ time.

Ministry of Education director Infrastructure-Asset Management Unit Serupepeli Udre said the funding was a result of an agreement between the two countries.

“This is an idea I had decades ago when I was installed as Tui Namosi in 1989, that one day we will construct a school to commemorate the life of my father, the late Ratu Simione Matanitobua,” he said.

Ratu Suliano said the new school would cater for students from the four villages in the district of Veivatuloa.

“We hope to complete the construction of the school next year.

“There are three phases and it will cater for Year 9 to Year 13.

“This is a boost for our people in our province.”