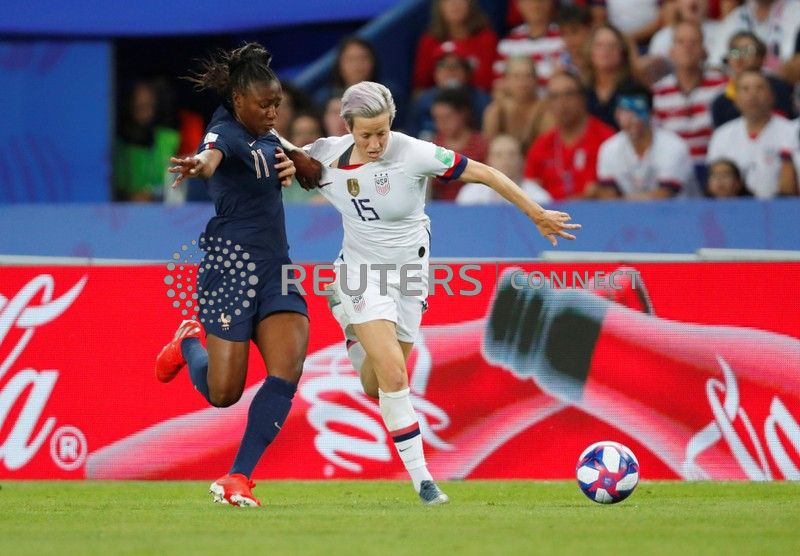 “The USA Women’s Home jersey is now the No. 1 soccer jersey, men’s or women’s, ever sold on Nike.com in one season,” said Mark Parker, Nike’s president and CEO, during the company’s earnings call on Thursday.

The soccer jersey sells for $90 on the Nike website. The Americans will play against England in a semifinal match on Tuesday in Lyon.

Parker said that two-thirds of the teams at the start of the tournament wore Nike kits.

The U.S. squad is receiving increasing scrutiny and celebration from celebrities and politicians in the United States and abroad.

Co-captain Megan Rapinoe faced public criticism from Republican U.S. President Donald Trump ahead of her team’s quarter-final clash with France for saying she would not attend a customary White House visit if her team won.

Democratic Representative Alexandria Ocasio-Cortez responded by inviting the squad over Twitter to visit the House of Representatives, while Democratic presidential candidate and Senator Kamala Harris followed up with an invitation to tour the Senate.