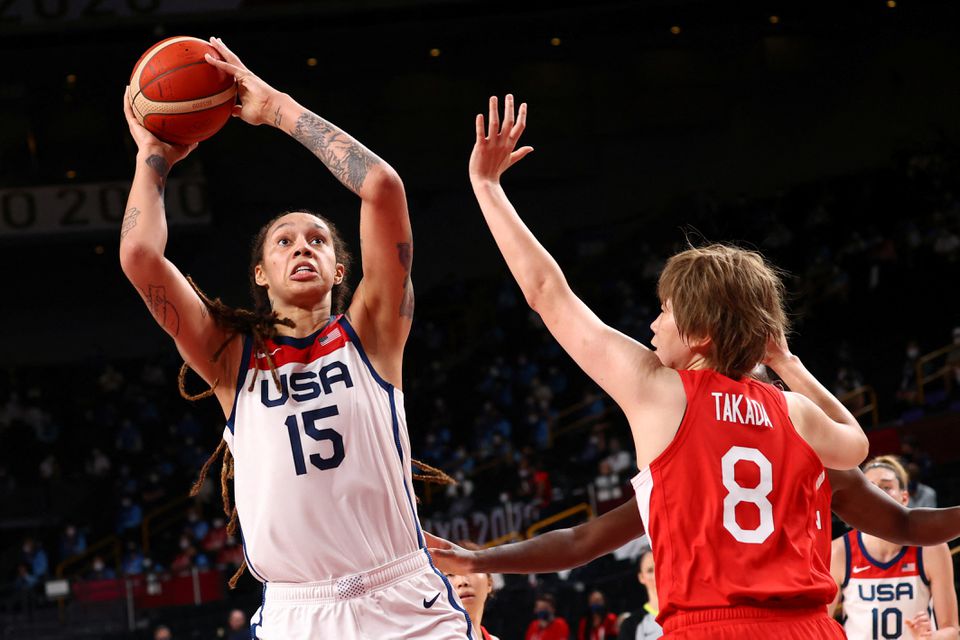 Sept 21 (Reuters) – USA Basketball said none of its players at the Women’s World Cup would wear the number 15 when the tournament begins on Thursday, in honour of Brittney Griner, who was sentenced to nine years in prison in Russia on drug charges last month.

Griner, who wore the number 15 in international competition, helped the United States collect two of their 10 gold medals in the quadrennial tournament, which takes place in Sydney this year.

“USA Basketball continues to keep BG in our thoughts as we take the court in Sydney. In her honor, no U.S. player will wear BG’s No. 15 in this competition. #WeAreBG,” the sport’s national governing body said on Twitter.

The tournament runs through Oct. 1.

U.S. President Joe Biden met with the WNBA star’s wife, Cherelle Griner, last week and has called the judgment against Griner “unacceptable”. The United States said in July it put forth a “substantial offer” for the release of Griner and former U.S. Marine Paul Whelan.