U.S. will not lock down despite surge driven by Delta variant, Fauci says 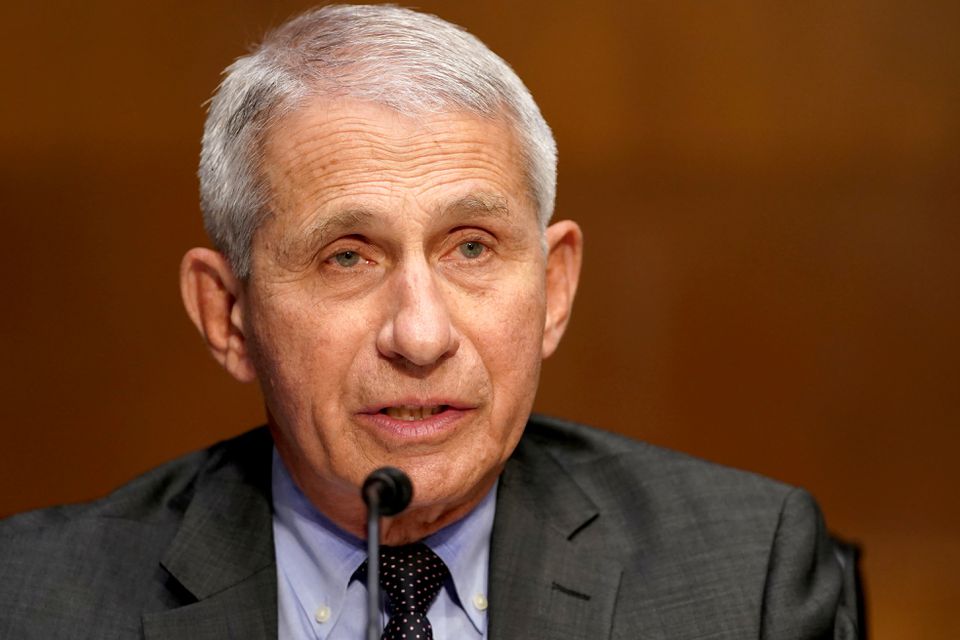 Dr. Anthony Fauci, director of the National Institute of Allergy and Infectious Diseases, gives an opening statement during a Senate Health, Education, Labor and Pensions Committee hearing to discuss the on-going federal response to COVID-19, at the U.S. Capitol in Washington, D.C., U.S., May 11, 2021. Greg Nash/Pool via REUTERS/File Photo

The United States will not lock down again to curb COVID-19 but “things are going to get worse” as the Delta variant fuels a surge in cases, mostly among the unvaccinated, top U.S. infectious disease expert Dr. Anthony Fauci said on Sunday.

A sufficient percentage of Americans have now been vaccinated to avoid lockdowns, Fauci said on ABC’s “This Week”.

“Not enough to crush the outbreak, but I believe enough to not allow us to get into the situation we were in last winter,” he said.

The average number of new coronavirus cases reported nationwide has nearly doubled in the past 10 days, according to a Reuters analysis.

Even if states do not resort to lockdowns again, the spread of the Delta variant could still threaten the economy.

Minneapolis Federal Reserve Bank President Neel Kashkari told CBS’ “Face the Nation” that the Delta variant was “creating a bunch of caution” among millions of out-of-work Americans and could slow the U.S. labor market recovery.

The surge in Delta variant cases is also rattling the globe. Parts of Asia that were previously relatively successful in containing COVID-19, such as the Philippines, Thailand and Vietnam, are now locking down hot spots.

Some are pushing back against new restrictions. From Monday, unarmed soldiers will help police Australia’s biggest city Sydney, checking that people who have tested positive are isolating.