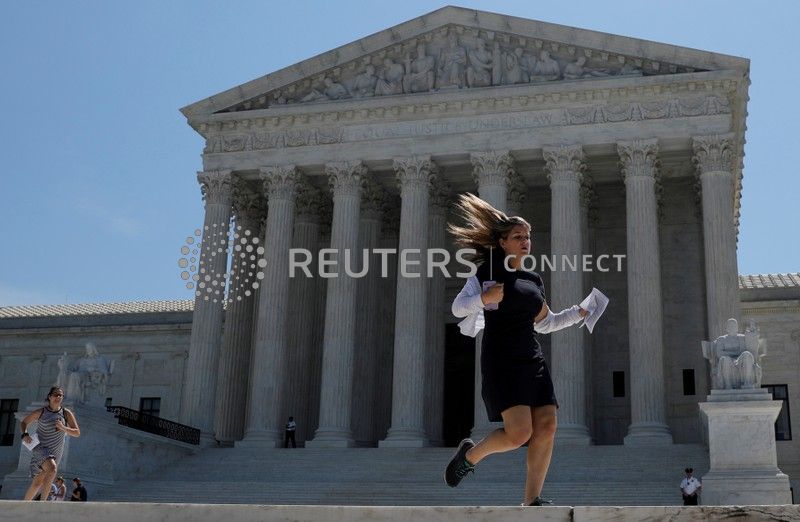 WASHINGTON (Reuters) – In a case that could once again test boundaries for the separation of church and state, the U.S. Supreme Court on Friday agreed to decide the legality of a Montana state tax credit that could help students attend private schools including religious ones.

The justices took up an appeal by three mothers of Christian private school students of a decision by Montana’s top court striking down the program because it ran afoul of a state constitutional ban on aid to religious institutions.

Churches and Christian groups have pushed for expanding access to public dollars for places of worship and religious schools, testing the limits of secularism in the United States.

The decision to hear the case could give the justices an opportunity to build on a major 2017 ruling that sided with a Missouri church and opened the door to more taxpayer funds going to religious entities.

In that case, the justices ruled that churches and other religious entities cannot be flatly denied public money even in states where constitutions explicitly ban such funding, siding with a church that sued after being denied access to a state grant program that helps nonprofit groups buy rubber playground surfaces made from recycled tires.

Much litigation over the years has involved school “voucher” programs and other subsidies to help parents pay for children to attend private religious schools, in states whose constitutions explicitly ban such funding. Republican President Donald Trump’s education secretary, Betsy DeVos, is a prominent supporter of such “school choice” plans.

The Montana dispute centers on a 2015 state law providing a dollar-for-dollar tax credit of up to $150 for donations to groups that fund scholarships for private school tuition. State tax officials limited the program to non-religious schools in order to comport with the state constitution, which forbids public aid of any “church, sect or denomination.”

Mothers of students who attend Stillwater Christian School in Kalispell, in northwest Montana, sued over the tax officials’ rule. But last December the Montana Supreme Court struck down the scholarship program itself because it could be used to pursue religious educational options.

The parents appealed to the U.S. Supreme Court, arguing that the officials’ attempt to exclude religious schools from the program violated their rights under the U.S. Constitution to free exercise of religion and equal protection under the law.

Urging the justices to deny the case, Montana said there is no religious discrimination because the lower court invalidated a law that had subsidized both religious and nonreligious education alike.

The court will hear arguments in the case during its next term, which begins in October, with a ruling due before June 2020.

The challengers to Montana’s regulation may have a receptive audience in President Donald Trump’s appointee Justice Brett Kavanaugh, who is now an integral part of the conservative majority on the nine-member Supreme Court.

In March, the justices declined to review a lower court ruling that blocked a New Jersey county from giving historic preservation grants to churches. In a statement he issued at the time, Kavanaugh urged his fellow justices to take up a future case that raised similar issues.

“Barring religious organizations because they are religious from a general historic preservation grants program is pure discrimination against religion,” Kavanaugh wrote.