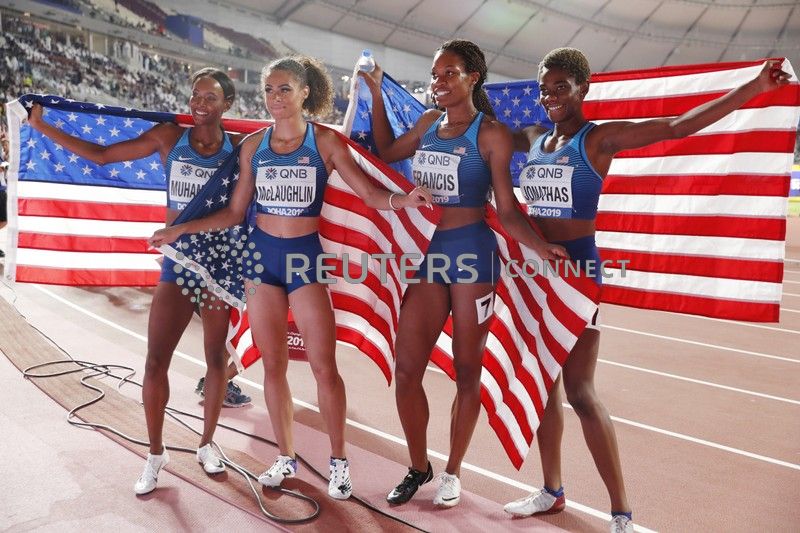 DOHA (Reuters) – The United States stormed to victory in the women’s 4×400 metres relay at the world championships on Sunday after leading from the start to clock the best time this year.

U.S. Olympic champion relay runner Phyllis Francis opened a comfortable lead before passing the baton to Sydney McLaughlin, silver medallist in the 400m hurdles at the worlds in Doha.

McLaughlin and Muhammad only found out on Sunday morning that they would be competing in the relay, highlighting the depth of the U.S. team.

“It’s never definite for Team USA. There are a lot of great girls who can run,” McLaughlin said after the race.

“It’s really exciting especially with (the) Tokyo (Olympics) next year that anybody can do this relay.”

Jamaica finished third but were at first disqualified for lining up incorrectly in the second changeover, with their medal reallocated to fourth-place finishers Britain.

However, the Jamaicans were reinstated shortly after when it was ruled they had not gained an advantage from the violation.

The medal spot was returned to Jamaica, who ran a season’s best time of 3:22.37, after a British appeal was rejected.