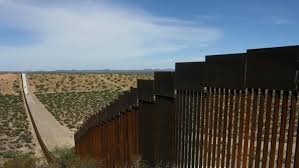 WASHINGTON (Reuters) – The Trump administration is seeking to strike a “cooperative agreement” with Mexico to help stem the tide of migrants looking to enter the United States to claim asylum, the top U.S. border control official said on Monday.

“We are reaching across the aisle… to come up with a cooperative agreement,” acting Customs and Border Protection Commissioner Mark Morgan told reporters when asked if the United States was seeking a ‘safe third country’ agreement with Mexico.

Mexico has previously rejected the idea of such an agreement, which would mean that U.S.-bound asylum seekers traveling via Mexico would have to first claim asylum there.

When asked if a deal would materialize, Morgan declined to speculate. “We’re still in negotiations. It’s still a little bit early. I’ll leave that up to maybe the vice president in his discussion this week,” he said.

Foreign Minister Marcelo Ebrard reiterated Mexico’s rejection of so-called safe third country status on Monday ahead of talks this week with U.S. officials that are expected to include Vice President Mike Pence.