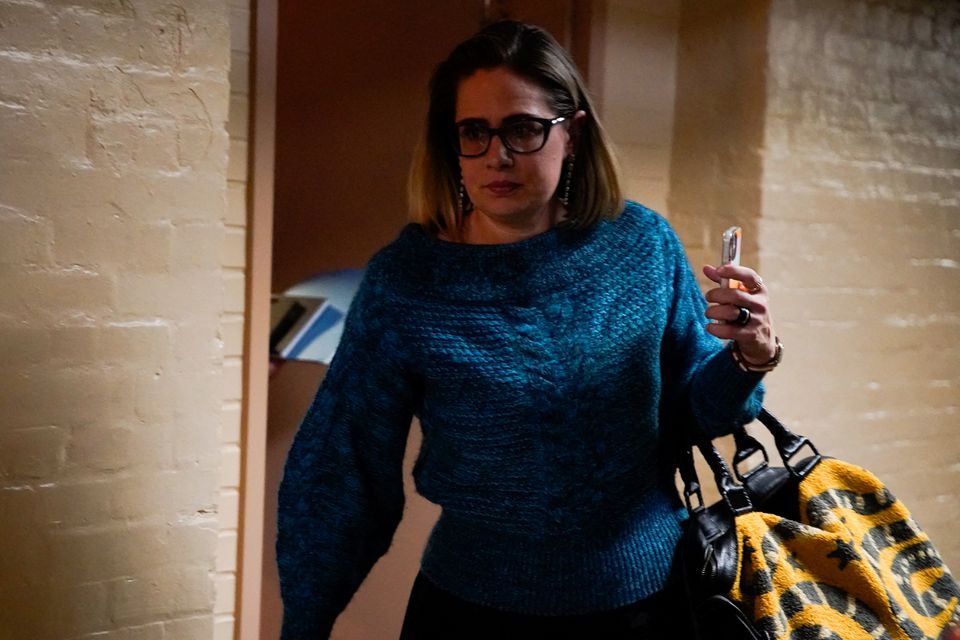 Sinema took to the Senate floor to reiterate her opposition shortly before Biden was to meet with fellow Democrats in the Senate to urge them to unite around the idea and pass a law he said was critical to offsetting a wave of new restrictions on ballot access passed in Republican-led states.

She blasted the wave of new laws restricting ballot access in Republican-led states as undemocratic, but said she would not agree to change the Senate’s rules to pass a federal law countering them.

“I will not support separate actions that worsen the underlying disease of division in our country,” Sinema said. “Some have given up on the goal of easing our divisions and uniting Americans. I have not.”

The chamber’s 50 Republicans are united in opposition to the voting-rights reform bill, which they dismiss as a partisan power grab. Democrats need all 50 of their votes in the upper chamber to agree to change the filibuster, but both Sinema and fellow centrist Democratic Senator Joe Manchin oppose the move.
Sinema said that previous changes to the filibuster proved to be mistakes.

“These shortsighted actions by both parties have led to our current American judiciary and Supreme Court, which as I stand here today is considering questions regarding fundamental rights Americans have enjoyed for decades,” Sinema said.

Democrats in 2013 eliminated the 60-vote threshold for most administration nominees, and Republicans followed up in 2017 and did the same thing for Supreme Court nominees. That cleared the way for Republican President Donald Trump to name three conservatives to the court in his four years in office, establishing a 6-3 majority.

Sinema’s speech was attended by more Republican senators than those of her own party.

Senate Minority Leader Mitch McConnell, who was present on the floor for her speech, told reporters afterwards that it was “extraordinarily important” and said that Sinema’s “act of political courage” had “saved the Senate as an institution.”